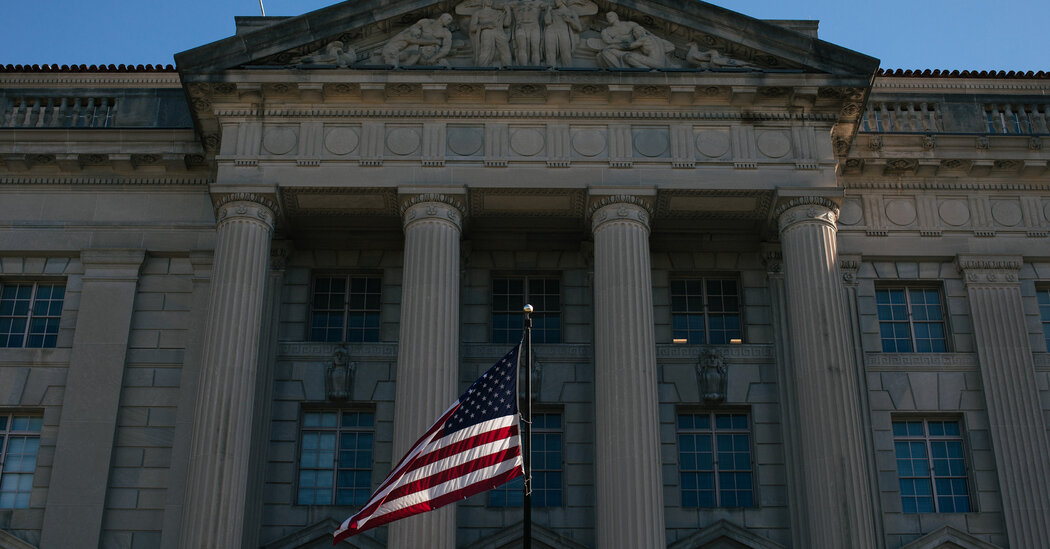 WASHINGTON — Officials in a little-known security unit within the Commerce Department conducted unauthorized surveillance and investigations into the agency’s employees that targeted people of Chinese and Middle Eastern descent, Senate investigators said in a new report.

The report, informed by more than two dozen whistle-blowers and released this week by Senator Roger Wicker of Mississippi, the top Republican on the Commerce Committee, concluded that the Investigations and Threat Management Service functioned for more than a decade as “a rogue, unaccountable police force,” opening thousands of unauthorized investigations into department employees, often for specious reasons.

It found that the work of the office — consumed by concerns about rampant Chinese espionage in the United States — sometimes veered into racial profiling, and that its leaders used extreme tactics, such as sending masked agents to break into offices to search for incriminating evidence.

“Combating national security threats posed by China should be a priority for any agency, but that does not give the federal government a license to disregard the law,” Mr. Wicker said in a statement. “Abuse of authority and race-based targeting is unacceptable, especially in law enforcement.”

The unit, an internal security office inside the Commerce Department, became fixated on rooting out foreign espionage, according to the report, resorting to searching employees’ email accounts for certain phrases in Chinese and flagging “ethnic surnames” for background checks through secure intelligence databases. In some cases, its agents would covertly search employees’ offices wearing face masks and gloves, sometimes picking locks to gain entry.

Unit leaders often refused to close investigations into employees even after agents were unable to find incriminating evidence, at times leaving researchers or other employees in administrative limbo. Almost 2,000 cases remained open at the end of last year, Senate investigators said.

In recent years, American law enforcement officials have become increasingly concerned that China is expanding its spying efforts in the United States and using visiting Chinese scholars for intelligence-gathering purposes. The Senate report laid out how those fears fueled an aggressive, unauthorized counterespionage effort inside a department that houses scientific agencies staffed by researchers from around the world. The result, it said, was a discriminatory effort to target and spy on people of Asian and Middle Eastern descent — many of them Chinese Americans, but some from Iran and Iraq — even in the absence of reasonable suspicion.

Under the Biden administration, department officials suspended the unit’s investigations and began an internal review of the program in April, a spokeswoman said, adding that officials were examining Mr. Wicker’s report and took the allegations against the office “very seriously.”

The spokeswoman said officials expected their internal review to conclude “in the coming weeks, at which point the department will share its plans for addressing the issues that have been raised.”

Mr. Wicker’s report was the culmination of a six-month Senate inquiry in which investigators interviewed more than two dozen whistle-blowers and combed through a trove of internal documents. The Washington Post reported on some of the investigation’s initial findings in May, while the inquiry was still active.

Senate investigators painted a picture of a unit that routinely engaged in unethical or unsafe activities that were beyond the scope of its mandate and that its employees were not trained to do. The report indicated that the bulk of those efforts were driven over the course of multiple administrations by one official: George Lee, the unit’s longtime director, who has since been placed on leave.

Mr. Lee could not be reached for comment on Friday.

Investigators with the unit surveilled social media activity for commentary criticizing the census, and then would run the commenters’ names through classified databases, “despite having unclear authority from the intelligence community to use these databases for this purpose,” the report said.

One whistle-blower who aided the investigation and was subsequently interviewed by The New York Times said that the focus on investigating dissenting social media comments was particularly frustrating because the unit did not follow up on threats made against census employees — including if commenters wrote on Facebook that they would shoot an enumerator if they came to their house, for example.

Much of the unit’s focus was looking within the Commerce Department for perceived threats, often targeting “employees renowned in their professional fields,” the report said, with many of those investigations targeting subjects with Chinese or Middle Eastern ancestry.

Investigators said that the practice dated back “as early as 2014,” during the Obama administration, and that the unit specifically “targeted departmental divisions with comparably high proportions of Asian American employees.”

An internal document reviewed by The Times shows that unit employees were encouraged to search employees’ email accounts for terms written in Chinese characters as broad as “fund,” “government support” and “project lead,” ostensibly to root out employees who were participating in a Chinese talent recruitment program. Any matching language found in an employee’s inbox would prompt an investigation, two former employees said in independent interviews.

A Rise in Anti-Asian Attacks

A torrent of hate and violence against people of Asian descent around the United States began last spring, in the early days of the coronavirus pandemic.

The whistle-blowers spoke to the committee and The Times on the condition of anonymity to discuss internal agency matters.

In one instance, according to a whistle-blower, the unit conducted a covert search of an employee’s office after such an inbox search revealed that the worker had received a certificate from a Chinese research partner designating the employee as an expert in their given field.

“If Commerce is serious about protecting U.S. equities, it can’t be at the expense of American constitutional rights,” Chris Cheung, a former investigator with the Investigations and Threat Management Service who reported the activity to his supervisors, said in an interview. Mr. Cheung described the conduct of the unit as if “someone that was haphazardly given a gun and a badge didn’t receive training, so they operated based on what they saw in movies.”

A former senior Commerce Department official interviewed by Senate investigators described the targeting of Asian American employees as a “fine line between extra scrutiny and xenophobia, and one that I.T.M.S. regularly crossed.”

Officials with the unit investigated Sherry Chen, an award-winning hydrologist at the National Weather Service and a naturalized American citizen born in China, laying the groundwork for what became a high-profile case in which Ms. Chen was accused of espionage, arrested and told she faced 25 years in prison and $1 million in fines. A week before she was scheduled to go on trial, prosecutors dropped all charges against Ms. Chen without explanation.

Ms. Chen told Senate investigators in an interview that agents from the unit had “provided her with paper to draft a statement and instructed her to write words they prepared after telling her that she did not need to consult with counsel.”

Whistle-blowers also reported participating in a training session in Virginia in which the unit’s director instructed his employees to trail him in government-owned vehicles “at high rates of speed.”

Apple Inc. has scaled back ambitious self-driving plans for its future electric vehicle and postponed the car’s target launch date by about a year to … END_OF_DOCUMENT_TOKEN_TO_BE_REPLACED