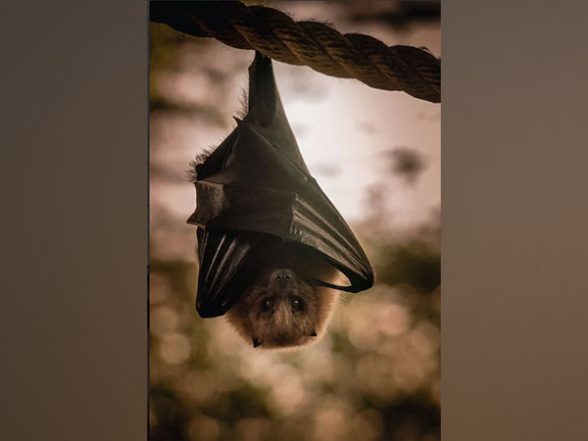 Washington [US], July 17 (ANI): When we learn a skill, like riding a bike or looking both ways before crossing the street, we rarely need to learn it again. The majority of research on learning and long-term memory in wild animals focuses on a handful number of species.

The findings of the study were published in the Current Biology, and researchers working at the Smithsonian Tropical Research Institute (STRI) shared the first report of long-term memory in frog-eating bats (Trachops cirrhosus).

“Frog-eating bats are an excellent emerging model organism for studying cognitive and sensory ecology,” explains biologist M. May Dixon, lead author of the paper, who just finished her doctoral degree at the University of Texas at Austin, “learning plays a big part in their lives.”

The bats’ ability to learn and retain information means that when they are hunting frogs, their main prey, they don’t have to continuously relearn which frog calls indicate that a frog is good to eat, poisonous, or too big to carry.

Also Read | Priyanka Chopra Birthday: Did You Know The Global Icon Had Made Her Acting Debut With A Tamil Film Co-Starring Thalapathy Vijay?.

Dixon and colleagues trained 49 wild bats to respond to cellphone ringtones played through speakers. Bats responding to two of the tones found a bait fish reward on the speaker every time, but when they responded to three other tones, they were never rewarded. They quickly learned to fly to the speaker when ringtones indicated a snack, and not to respond to the other tones. The bats were then microchipped and released back into Panama’s Soberania National Park.

Researchers recaptured eight trained bats between one to four years later, and when they played the experimental sounds again, the bats recognized and responded to the two rewarded ringtones even four years later. For comparison, the experiment included 17 untrained frog-eating bats that usually twitched their ears attentively but did not fly to the sounds.

The ringtones they chose for the experiments, the ping of an incoming text message alert, and the beep of a car being unlocked, sounded clearly human-generated, so that the bats wouldn’t casually hear them in nature, but frog-like enough that the bats were interested.

As for the extinguished tones, the unrewarded ones that the bats learned to disregard, researchers played one of them to the recaptured bats, and six of the eight trained bats approached it.

To make sure that the bats were not responding to every sound they heard, she played a pure tone, and most of the bats did not fly to it, only twitched their ears.

This experiment raises more questions regarding how memory works in these bats and other animals, including the metabolic cost of remembering.

“I’m interested in memory capacity in animals and what causes long-term or short-term memories, what ecological conditions select for different memory lengths, what is important to remember and to forget,” she explains. “But studying long-term memory is very difficult, because it takes a long time by definition. And testing memory in captive animals, even if it’s more convenient, isn’t necessarily representative of what animals can remember in the wild.” She wants to go back to the BatLab, directed by STRI staff scientist and co-author Rachel Page, to learn more.

“STRI has been the basis for so much research done with bats. They have gathered a large database on frog-eating bats, on experiments done with bats, what stimulus have been used, so if you capture a bat that has been caught before, you already have its whole history. There are few places in the world where you can have that amount of detail,” she says. “I went from liking bats but not thinking they were very interesting, to realizing they are very complex little creatures, with deep personalities and very engaging ways of interacting with the world.” (ANI)

Artist concept of the Orion capsule in lunar orbit. BioExperiment-01 (BioExpt-01) will serve as a pathfinder for biological research beyond LEO, with … END_OF_DOCUMENT_TOKEN_TO_BE_REPLACED

Editorial IndependenceWe want to help you make more informed decisions. Some links on this page — clearly marked — may take you to a partner website … END_OF_DOCUMENT_TOKEN_TO_BE_REPLACED

Investors have remained skeptical as the main indices declined this year. The NASDAQ Composite tumbled close to 20 per cent in 2o22, and the S&P 500 … END_OF_DOCUMENT_TOKEN_TO_BE_REPLACED