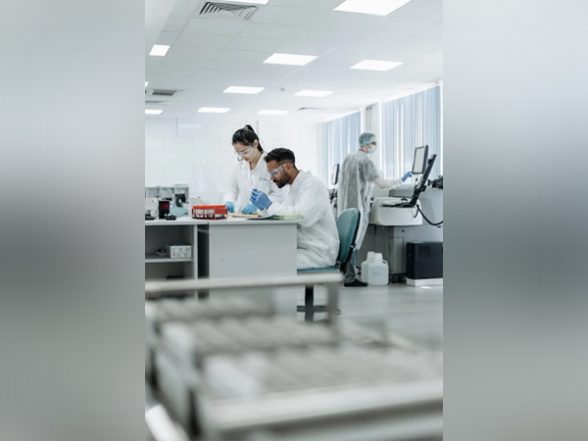 Washington [US], August 27 (ANI): A substance produced by gut microbes may cause scarring and blood vessel damage in scleroderma patients, according to a recent study

The findings of the study were published in the journal iScience. The intestinal microbiome regulates immunity, and its alterations play a role in autoimmune conditions such as scleroderma. However, until now, researchers did not know how alterations in the intestinal microbiome contribute to fibrosis and vascular damage characteristic of scleroderma.

Also Read | Jharkhand | A Conspiracy Was Hatched to Destabilize Our State Govt. Across Country, … – Latest Tweet by ANI.

Researchers from Michigan Medicine investigated how a compound generated by the gut microbiome called trimethylamine N-oxide, or TMAO, could cause changes to cellular processes in scleroderma that trigger fibrosis, inflammation and vascular injury.TMAO is formed in the liver after the gut metabolizes nutrients such as choline and carnitine, which are abundant in the Western diet that is rich in meat. Results published in iScience reveal that the TMAO can reprogram cells to become scar-forming myofibroblasts, which lead to fibrosis and vascular damage.

Moreover, the enzyme responsible for the formation of TMAO, called FMO3, is elevated in patients with scleroderma.” We have uncovered a novel mechanism linking the Western diet, the gut microbiome and some of the devastating effects of scleroderma,” said John Varga, M.D., senior author of the paper and chief of the Division of Rheumatology at the University of Michigan Health. “We will next examine whether drugs or food products like virgin olive oil, can be used to block the formation of this compound in the gut to treat fibrosis.” (ANI)