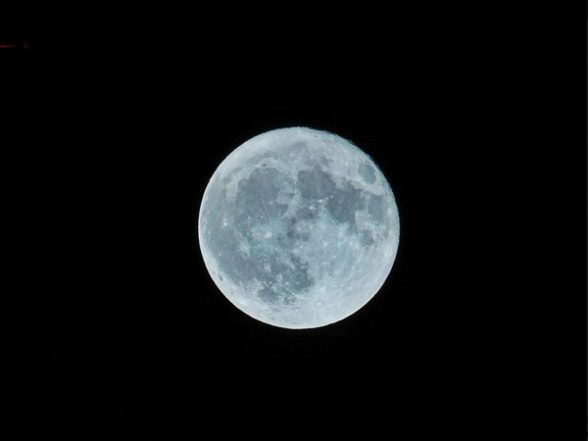 Washington [US], August 20 (ANI): As NASA prepares to send astronauts back to the Moon under Artemis, the agency has identified 13 candidate landing regions near the lunar South Pole. Each region contains multiple potential landing sites for Artemis III which will be the first of the Artemis missions to bring the crew to the lunar surface, including the first woman to set foot on the Moon.

“Selecting these regions means we are one giant leap closer to returning humans to the Moon for the first time since Apollo,” said Mark Kirasich, deputy associate administrator for the Artemis Campaign Development Division at NASA Headquarters in Washington. “When we do, it will be unlike any mission that’s come before as astronauts venture into dark areas previously unexplored by humans and lay the groundwork for future long-term stays.”

Each of these regions is located within six degrees of latitude of the lunar South Pole and, collectively, contains diverse geologic features. Together, the regions provide landing options for all potential Artemis III launch opportunities. Specific landing sites are tightly coupled to the timing of the launch window, so multiple regions ensure flexibility to launch throughout the year.

To select the regions, an agency-wide team of scientists and engineers assessed the area near the lunar South Pole using data from NASA’s Lunar Reconnaissance Orbiter and decades of publications and lunar science findings. In addition to considering launch window availability, the team evaluated regions based on their ability to accommodate a safe landing, using criteria including terrain slope, ease of communications with Earth, and lighting conditions. To determine accessibility, the team also considered the combined capabilities of the Space Launch System rocket, the Orion spacecraft, and the SpaceX-provided Starship human landing system.

All regions considered are scientifically significant because of their proximity to the lunar South Pole, which is an area that contains permanently shadowed regions rich in resources and in terrain unexplored by humans.

“Several of the proposed sites within the regions are located among some of the oldest parts of the Moon, and together with the permanently shadowed regions, provide the opportunity to learn about the history of the Moon through previously unstudied lunar materials,” said Sarah Noble, Artemis lunar science lead for NASA’s Planetary Science Division.

The analysis team weighed other landing criteria with specific Artemis III science objectives, including the goal to land close enough to a permanently shadowed region to allow the crew to conduct a moonwalk while limiting disturbance when landing. This will allow the crew to collect samples and conduct scientific analysis in an uncompromised area, yielding important information about the depth, distribution, and composition of water ice that was confirmed at the Moon’s the South Pole.

The team identified regions that can fulfil the moonwalk objective by ensuring proximity to permanently shadowed regions and also factored in other lighting conditions. All 13 regions contain sites that provide continuous access to sunlight throughout a 6.5-day period – the planned duration of the Artemis III surface mission. Access to sunlight is critical for a long-term stay on the Moon because it provides a power source and minimizes temperature variations.

“Developing a blueprint for exploring the solar system means learning how to use resources that are available to us while also preserving their scientific integrity”, said Jacob Bleacher, chief exploration scientist for NASA. “Lunar water ice is valuable from a scientific perspective and also as a resource, because from it we can extract oxygen and hydrogen for life support systems and fuel.”

NASA will discuss the 13 regions with the broader science and engineering communities through conferences and workshops to solicit input about the merits of each region. This feedback will inform site selections in the future, and NASA may identify additional regions for consideration. The agency will also continue to work with SpaceX to confirm Starship’s landing capabilities and assess the options accordingly.

NASA will select sites within regions for Artemis III after it identifies the mission’s target launch dates, which dictate transfer trajectories and surface environment conditions.

Through Artemis, NASA will land the first woman and the first person of colour on the Moon, paving the way for a long-term, sustainable lunar presence and serving as a stepping stone for future astronaut missions to Mars. (ANI)