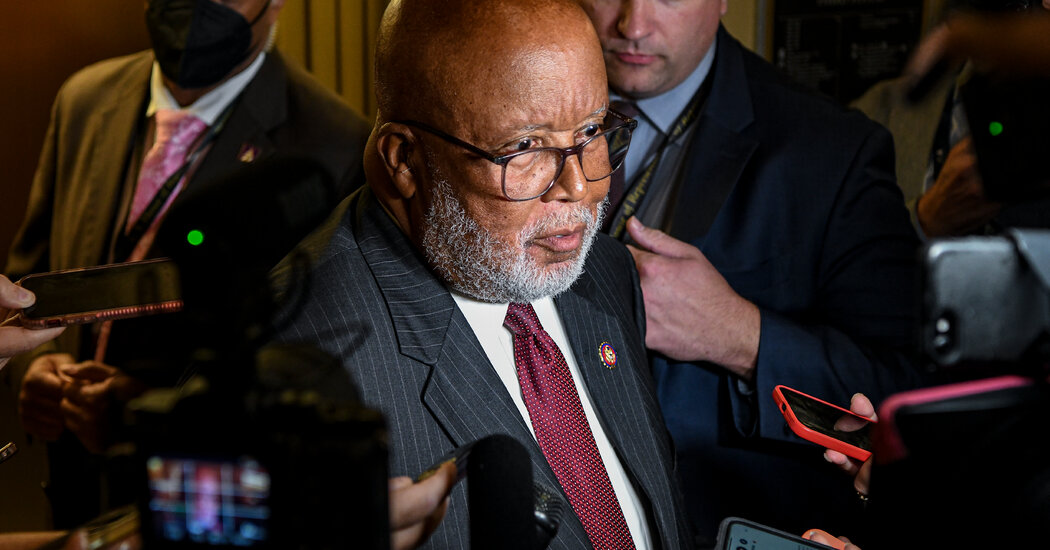 WASHINGTON — Text messages sent and received by Secret Service agents around the time of the Jan. 6 attack on the Capitol last year have been erased, an inspector general said on Thursday, prompting concern from the House committee investigating the assault.

The letter was reported earlier by The Intercept.

Representative Bennie Thompson, Democrat of Mississippi and the chairman of both the Jan. 6 committee and the House Homeland Security Committee, said he received a letter on Thursday from the inspector general informing him of the erased text messages.

“It’s concerning,” Mr. Thompson said in an interview. “It’s important for us to get as much information about how this discrepancy occurred.”

The news of the erased text messages comes as the Jan. 6 committee is investigating an incident involving former President Donald J. Trump and the Secret Service that occurred in his armored Suburban S.U.V. soon after his speech on the Ellipse ended on Jan. 6.

Cassidy Hutchinson, a former White House aide, testified before the panel that a top White House official told her Mr. Trump had become enraged when his security detail refused to take him to the Capitol.

Ms. Hutchinson said she had been told by Anthony M. Ornato, a deputy White House chief of staff, that Mr. Trump tried to grab the wheel of his vehicle when he was told he could not go to the Capitol to join his supporters, some of whom he had been told were armed. Ms. Hutchinson also said Mr. Ornato told her the president “lunged” at his lead Secret Service agent, Robert Engel.

Secret Service officials, speaking on the condition of anonymity, disputed some details in her account. But the officials did say Mr. Engel, Mr. Ornato and the driver of the Suburban were prepared to testify again before the committee and confirm another element of Ms. Hutchinson’s testimony: that Mr. Trump demanded his agents take him to the Capitol, even after they emphasized that it was too dangerous for him to go.

Both Mr. Engel and Mr. Ornato had already spoken to the committee’s investigators before Ms. Hutchinson’s testimony. Mr. Thompson said on Thursday that neither man had yet come in for another interview, but he said the panel was in discussions with them.

The committee also interviewed an officer with Washington’s Metropolitan Police Department who was part of the presidential motorcade that day and told the panel that Mr. Trump’s departure from the Ellipse was delayed because of his anger over not being allowed to go to the Capitol, according to two people familiar with the officer’s testimony.

The officer was not in the S.U.V. with Mr. Trump, but heard communications concerning the altercation and corroborated that the incident occurred, the people said. The officer’s testimony was reported earlier by CNN.

Mr. Cuffari wrote that the texts were erased after the inspector general’s office started an investigation into Jan. 6 and requested electronic communications from the agency. He also reported that Secret Service personnel were declining to provide records to his office without first having department lawyers review them, a process that he said was causing “weekslong delays” and “confusion.”

A spokesman for the Secret Service did not immediately respond to a request for comment.

Artist concept of the Orion capsule in lunar orbit. BioExperiment-01 (BioExpt-01) will serve as a pathfinder for biological research beyond LEO, with … END_OF_DOCUMENT_TOKEN_TO_BE_REPLACED

Editorial IndependenceWe want to help you make more informed decisions. Some links on this page — clearly marked — may take you to a partner website … END_OF_DOCUMENT_TOKEN_TO_BE_REPLACED

Investors have remained skeptical as the main indices declined this year. The NASDAQ Composite tumbled close to 20 per cent in 2o22, and the S&P 500 … END_OF_DOCUMENT_TOKEN_TO_BE_REPLACED