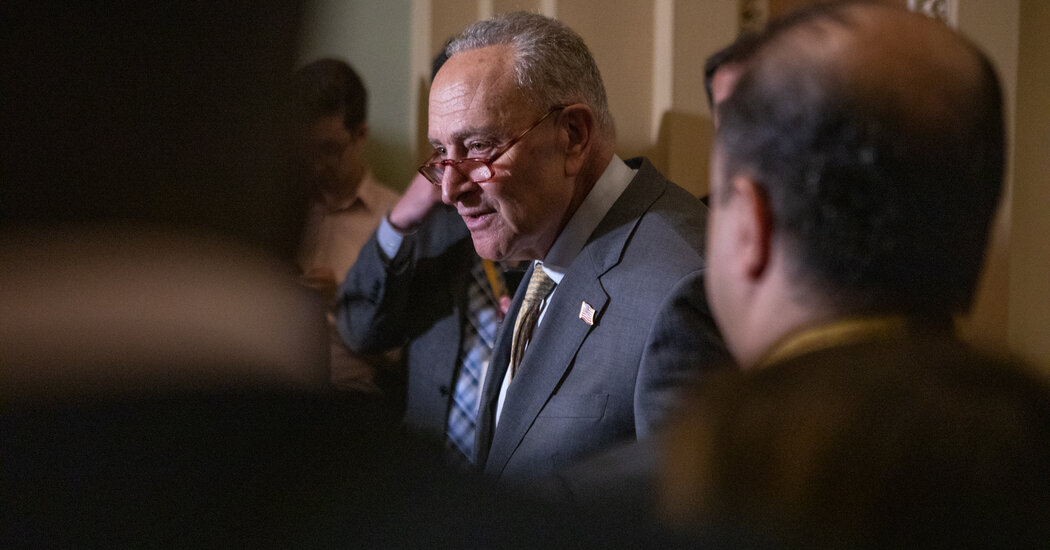 Democrats had seven senators absent at the vote.

Democratic aides said the timing of Mr. Schumer’s bout with the coronavirus, his first since the start of the pandemic, could have been worse. While it made for a halting start after a two-week break, the Senate was not expected to do any substantial legislative work this week, including on Democrats’ tax and domestic spending package, which the party plans to try to revive this week and push through the Senate over Republican opposition.

Still, Monday was supposed to be the start of a five-week burst of activity before the Senate adjourns for its annual summer break in August, and the longest such stretch before the midterm elections in November.

The extended absence of Mr. Leahy, coupled with the coronavirus cases, underscored the fragility of the 50-50 majority in the Senate, where there is always a fear that any of the party’s half-dozen octogenarians could fall ill and suffer a prolonged absence that could imperil or delay Democratic legislation or presidential appointments that have no Republican support.

In February, Senator Ben Ray Luján, 49, Democrat of New Mexico, suffered a stroke. Although he recovered quickly, his illness served as a reminder that Democrats are never more than one sudden illness away from losing their working majority.

And while Covid cases in Congress appeared to have subsided somewhat in recent months, more lawmakers — like many other Americans — have recently been reporting cases as a new variant, the most transmissible yet, rips through the United States.

In the House, Representative Katie Porter, Democrat of California, said on Monday that she had tested positive after being exposed while working in her home state. Speaker Nancy Pelosi has extended proxy voting, which she instituted in the House at the beginning of the pandemic, through Aug. 12, permitting lawmakers to continue to vote remotely.

As demand fades in the housing market, price cuts have become widespread.  Insider asked several experts about how far they … END_OF_DOCUMENT_TOKEN_TO_BE_REPLACED