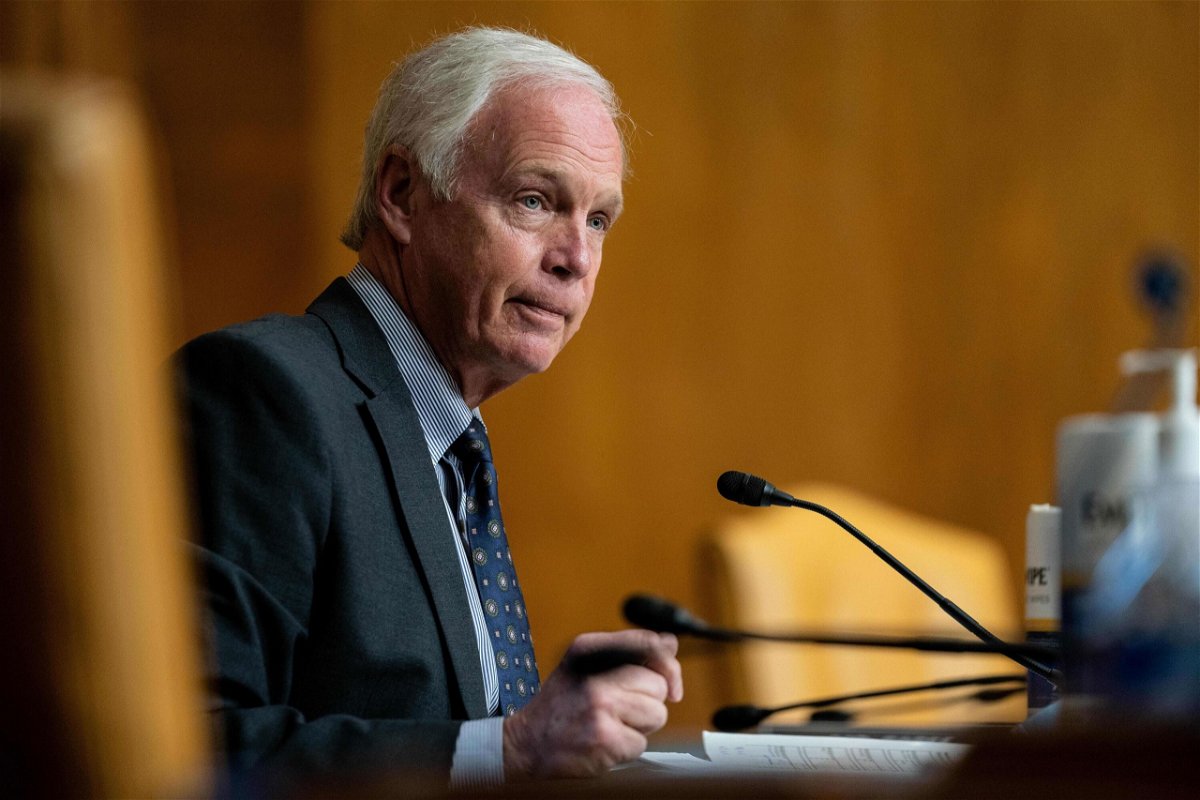 By Em Steck and Andrew Kaczynski and Drew Myers, CNN

Sen. Ron Johnson insisted again last week that he is not a climate change denier, but CNN’s KFile found video of him from just weeks earlier telling a Republican group that it is “bullsh*t.”

“I don’t know about you guys, but I think climate change is — as Lord Monckton said — bullsh*t,” the Wisconsin Republican said, without uttering the expletive but mouthing it, and referring to British conservative climate change denier Lord Christopher Monckton. “By the way, it is.”

Johnson, a member of the Senate Commerce, Science and Transportation Committee, continued that “there are more and more scientists” writing books “just laying this to waste” and questioned why the US was focused on the climate crisis at all.

“What are we doing here? Well, we’re killing ourselves,” said Johnson, adding, “it’s a self-inflicted wound.”

Johnson made the comments in early June to the Republican Women of Greater Wisconsin Luncheon at Alioto’s in Wauwatosa, Wisconsin.

His recent comments come as North America endures a historic and dangerous heat wave expected to last until mid-July that scientists linked to the climate crisis. The scorching temperatures are to blame for dozens of deaths and hundreds of visits to the emergency room in the Pacific Northwest.

Johnson, who has yet to announce he is running for reelection, has a long history of downplaying the climate crisis, but he has repeatedly refuted accusations that he is a climate change denier.

Johnson’s views are at odds with scientific consensus that climate change is real and caused by human activities.

In 2016, Johnson said, “Mankind has actually flourished in warmer temperatures.” He added, “I just think the question always is what is the cost versus the benefit of anything we do to try and clean up our environment.” And in 2010, when he was a Senate candidate, he claimed that sunspots were behind climate change as opposed to man-made activity and that excessive amounts of carbon dioxide “helps the trees grow.”

“I absolutely do not believe in the science of man-caused climate change,” he said at the time.

Also in 2010, Johnson falsely suggested that the country Greenland was “actually green at one point in time,” to dismiss the effects of climate change.

And only a few months ago, in March 2021, the senator reiterated that belief in an interview with The New York Times. “I could be wrong there, but that’s always been my assumption that, at some point in time, those early explorers saw green,” Johnson said. “I have no idea.” The true origin of the country’s name comes from Erik the Red, a Norse explorer who sought to attract settlers to the country.

In early June at the Republican luncheon, Johnson said that the media and Democrats used the Covid-19 pandemic and climate change to create a “state of fear” and “control.” He also criticized committees in Washington seeking to address climate change.

“It was all about creating the state of fear as they tried to do with global warming. Oh, I’m sorry. It’s climate change now. Yeah. Whatever works,” mocked Johnson. “Whatever works that they can, you can set up a state of fear so they can step in and alleviate their fear.”

“Of course, you know, the way they are is alleviated and it’s amazing in Washington, you see these committees, all these problems we’re always dealing with. Right. All these issues. I don’t, I don’t recall an issue where the first solution isn’t always more money,” said Johnson. “More money. More money. More money and, of course, you follow the money and the money produces control.”

Notably, a small group of House Republicans recently created the Conservative Climate Caucus, which seeks to educate Republicans on climate change policies and legislation as an alternative to well-known progressive policies like the Green New Deal.

Apple Inc. has scaled back ambitious self-driving plans for its future electric vehicle and postponed the car’s target launch date by about a year to … END_OF_DOCUMENT_TOKEN_TO_BE_REPLACED