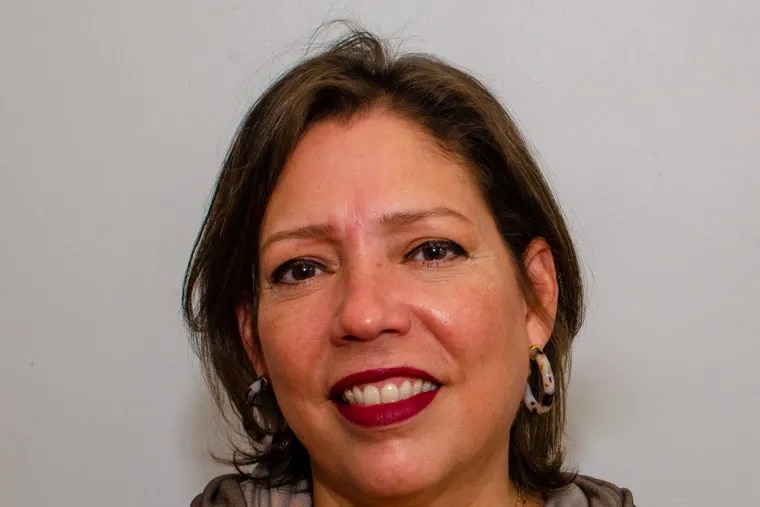 Puerto Rico’s contentious pact with the Financial Oversight and Management Board — the U.S.-appointed attempt to trim the island’s oppressive debt — has been touted as a model for U.S. states and cities when bankruptcy threatens. But the deal has left the island with dim economic prospects and “unsustainable” billions still to pay, says Mairym Ramos-Salinas, a labor union official and ex-aide to the island’s former governor.

And yet a shift away from Puerto Rico’s old political parties has given her and other patriots some hope that a stronger economy can arise. That, plus the debt settlement may have cleared a path to finally address the island’s status as our Caribbean colony of more than three million people, twice the population of Philadelphia, but still with no vote in Congress.

The island has long labored under a colonial status that U.S. presidents and many Puerto Ricans say promotes political and fiscal instability.

Congress’ PROMESA law that set up the oversight board, or “La Junta,” as critics call it, “was an exercise in colonial power,” says Ramos-Salinas, governance director for the 20,000-member Puerto Rico locals of the Service Employees’ International Union.

With her staff, she has monitored the bankruptcy-like process since 2015. Associate Legal Counsel Alvin Velazquez served on the secured-creditors’ committee and pushed to defend pensioners, while Armando Pintado researched the mostly U.S.-based investors in Puerto Rico bonds.

The board, headed for most of its history by Penn Law Professor David Skeel, a bankruptcy scholar, had its debt settlements endorsed last winter by U.S. District Judge Laura Taylor Swain. The board pledged it would significantly reduce the island’s fiscal burden — payments will total $1.15 billion a year, a fixed-rate, hedge against inflation — and help Puerto Rico move past a legacy of inefficient spending, low wages and investment, aging infrastructure, and hurricane damage.

The plan trimmed payments to bondholders, froze pensions, and ended future retirement income guarantees. It also required the sale or transfer of some government assets to private hands. That is the kind of painful medicine familiar to bankrupt companies and a few U.S. cities such as Harrisburg and Detroit. It is also a model for debt-ridden Illinois, New Jersey, or Pennsylvania if they don’t match tax income to long-term spending, State Rep. Frank X. Ryan (R., Lebanon) has warned.

This solution was hatched in Washington, negotiated with Wall Street, and grudgingly approved by key Puerto Rico leaders, facing the alternative of much higher borrowing costs.

But “we in SEIU believe that law was setting up Puerto Ricans to fail,” says Ramos-Salinas. “The recipe is of austerity without a real plan for growth in the economy. It is to say, ‘Let’s just cut from here.’ ”

Americans have moved to the island in search of cheap retirement and tax breaks, and reconstruction after the devastating storms of 2020 has created temporary work, but “our youth are still coming to the United States, in particular, to seek better opportunities,” said Ramos-Salinas. “The austerity implementation has left us without a decent minimum wage.”

At $8.50 an hour, the newly-increased Puerto Rico minimum is several dollars below those of New York, Florida, or California, though higher than Pennsylvania’s $7.25. The island’s average wage of $689 a week is little more than half the U.S. average. Unemployment is almost twice the U.S. average.

The situation for retirees and low-wage workers is worse because of inflation — which hits extra hard in a place where so much food, fuel, clothing and other basics, once locally produced, now arrive by diesel barge. Electric power from the island grid has been intermittent in many areas, leaving food to spoil and appliances fried. Ramos-Salinas says that makes her pessimistic of the board’s budget growth targets.

What about the reduction in creditor payments, which the board says will save an estimated $50 billion over the years?

The SEIU team notes the settlement calls for a sliding repayment scale, in which most creditors, other than the pension system, can expect to collect up to 85% to 100% of what they are owed (which totaled over $100 billion). The smallest recoveries are going to investors who cynically bought bonds issued after 2011, when it was clear the island was in serious financial trouble, with industrial employment falling after the U.S. ended longstanding tax breaks.

Skeel has said the board approved prudent discounts that left the debt manageable. Ramos-Salinas said a board backed by the people would have dug in for deeper discounts.

In fact, if the union fears prove true and the island economy flattens, the settlement calls for paying only two-thirds to four-fifths of the debt, depending on which bonds an investor owns, while writing off the rest. That will mean bigger savings, but against a weaker economy that offers little incentive for investors or workers.

The board was relieved it could settle without cutting retired workers’ pensions after SEIU and other union workers marched in protest of proposed 30% cuts. Even that, to Ramos-Salinas, wasn’t much of a victory. “The typical pensioners make $1,000 to $2,000 a month, and now with the settlement, they’re getting no cost-of-living increase, with all this inflation. So you are putting the cuts on the backs of retirees like my mom.”

The union leaders representing pension funds were sometimes “the only Puerto Ricans at the table,” Ramos-Salinas added. Across from them, fighting against shaving any more points off bond payments, were “the same vulture investment funds you saw in Greece, in Argentina, [and] in Belize,” all debt-ravaged countries.

What about the new wave of U.S. real estate investors we read about in sunny dispatches from Old San Juan? “They have a law allowing the rich to buy landmark buildings and improve them. But the people taking advantage of this are not creating a lot of employment,” said Ramos-Salinas. “They are taking advantage of it to move here and live well without paying the taxes they would in the U.S., while our youth are migrating away. This is not a future that we want for Puerto Rico.”

Ramos-Salinas says those cases have diminished the two long-dominant political parties. In the last elections, Pedro Pierluisi, whose New Progressive (PNP) party supports Puerto Rico statehood, won the governor’s race with just 33% of the vote, but lost majorities in both houses of the legislature.

Most striking was how the PNP’s longtime rival Popular Democratic (PPD) party also lost ground. The vote split three ways, with a collection of alternative candidates and movements taking nearly a third of the total. The outsiders hold the balance of power in the Senate.

“More and more, people are voting for candidates, not for ‘the party,’ ” believing the old parties excluded people from real decisions, adds Patricia L. DeCarlo, a longtime community leader in Philadelphia’s Norris Square neighborhood who recently returned to the island.

Ramos-Salinas says these alternative political groups are building support for a single candidate in the next governor’s race, with the expectation that that politician will prove a strong negotiator with the U.S. Congress — not only about Puerto Rico’s status, but about “an urgent agenda” in the island’s interest.

“It’s about constructing this country,” she said.

Columbia University will not participate in the next U.S. News & World Report rankings of colleges across the country, after a Columbia math professor … END_OF_DOCUMENT_TOKEN_TO_BE_REPLACED

It is likely that the Financial Crimes Enforcement Network (FinCEN) will put forth new regulations this year addressing real estate transactions. A … END_OF_DOCUMENT_TOKEN_TO_BE_REPLACED