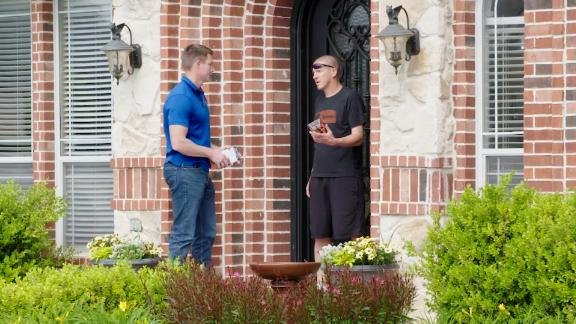 Republican Susan Wright will advance to a runoff in the special election for Texas’ 6th Congressional District, CNN projects, in a race that has been an early window into the fight over the future of the Republican Party in the aftermath of former President Donald Trump’s attempt to overturn the results of the 2020 election and the attack on the US Capitol.

GOP state Rep. Jake Ellzey and Democrat Jana Lynne Sanchez are locked in a tight race for the second spot.

Sanchez advancing would set up a potentially competitive contest and give Democrats a chance to give their narrow House majority a bit more breathing room. Ellzey coming in second would ensure Republicans hold the seat.

The district has been without representation in Congress since February, when GOP Rep. Ron Wright died following a Covid-19 diagnosis.

Susan Wright is Ron Wright’s widow. She received a boost earlier this week when former President Donald Trump endorsed her over the ten other Republicans in the race. Wright has focused much of her campaign on her husband’s legacy, but was also quick to promote the President’s endorsement.

The special election was a test case for how much traction an anti-Trump, anti-conspiracy theory message could get in a red district. But the fact that only one Republican candidate was denouncing Trump and conspiracy theories underscored how firm a hold the former President still has on his party.

Sanchez, who has worked as a journalist and in communications, was the Democratic candidate for the seat in 2018.

Ellzey is a Navy veteran who lost to Ron Wright in the 2018 primary. He represents a state House district south of Dallas and has had the support of former Texas governor and Energy Secretary Rick Perry.

An outspoken anti-Trump Republican, Michael Wood ran on a message that put him far outside the mainstream of the GOP. Wood called for Republicans to reject Trump and stop perpetuating conspiracy theories like the Big Lie that the 2020 election was stolen and QAnon, which is frequently described as a virtual cult. He had the backing of the most vocal Republican Trump critic in Congress, GOP Rep. Adam Kinzinger.

Twenty-three candidates from all parties ran on the same ballot in the Saturday contest. Since none of them cleared 50%, the two top candidates will head to a runoff election as required by state law. The date for that election has yet to be scheduled.

This story has been updated with additional background.

Editorial IndependenceWe want to help you make more informed decisions. Some links on this page — clearly marked — may take you to a partner website … END_OF_DOCUMENT_TOKEN_TO_BE_REPLACED

Investors have remained skeptical as the main indices declined this year. The NASDAQ Composite tumbled close to 20 per cent in 2o22, and the S&P 500 … END_OF_DOCUMENT_TOKEN_TO_BE_REPLACED

A variety of cannabis companies shared their financial results this past trading week, offering investors a chance to inspect the health of the … END_OF_DOCUMENT_TOKEN_TO_BE_REPLACED