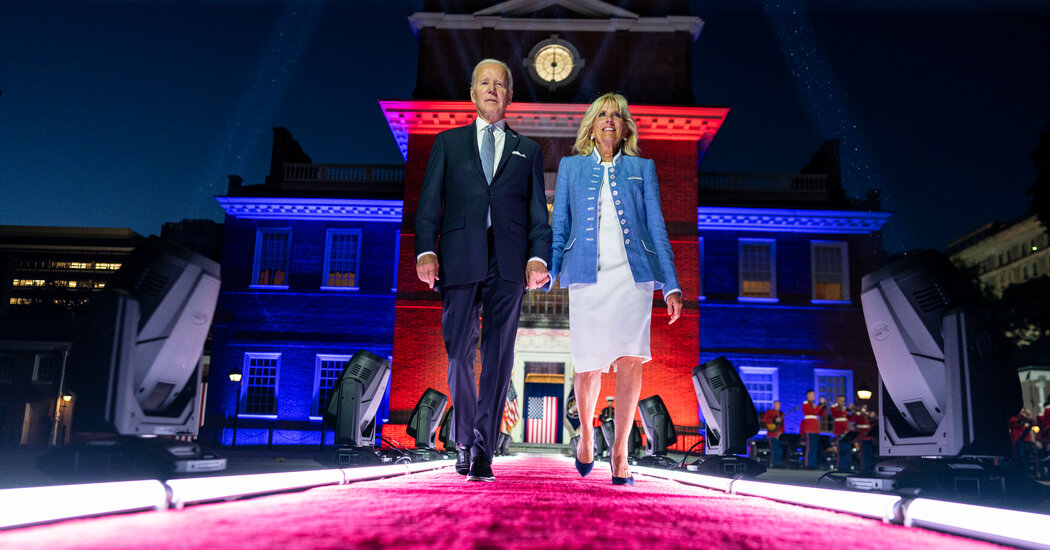 On Thursday, it was the Republicans’ turn to denounce the divisiveness of a president who was scorning them. The Republican National Committee cast Mr. Biden as “the divider-in-chief” who “epitomizes the current state of the Democrat Party: one of divisiveness, disgust, and hostility towards half the country.”

But at times, the Republican response felt like an extended taunt of “I know you are, but what am I?” Before Mr. Biden’s speech, the man who hopes to be House speaker next year, Representative Kevin McCarthy, Republican of California, also spoke in Pennsylvania, trying to pre-empt a presidential address previewed as an appeal for the soul of the nation by — with little factual basis — turning Mr. Biden’s themes against him.

It’s not the economy: a possibly stupid position.

The entreaty from Bill Clinton’s 1992 campaign, “It’s the economy, stupid,” has become a truism in American politics, in good times and in bad. Today, a majority of Americans still rate the economy as their No. 1 concern, and large numbers believe the nation is in a recession.

Not Mr. Biden, who declared, “today, America’s economy is faster, stronger, than any other advanced nation in the world.” The word “inflation” did not pass his lips.

In the 2010 campaign season, after President Barack Obama and his vice president, Mr. Biden, labored to bring the nation out of the global financial crisis, Mr. Obama barnstormed the country, insisting that Democrats had lifted the nation’s economy out of the ditch that the Republicans had driven it into. Voters delivered what Mr. Obama called a “shellacking” — huge losses in Congress that Democrats would not overcome for eight years.

Editor’s note: One in a series. Leading up to the Nov. 8 general election, the Appeal-Democrat will be running a series of candidate profiles that … END_OF_DOCUMENT_TOKEN_TO_BE_REPLACED

CNN  —  The lesson of January 6, 2021, is that when extremism, conspiracies and incitement reach a boiling point, they seek an … END_OF_DOCUMENT_TOKEN_TO_BE_REPLACED