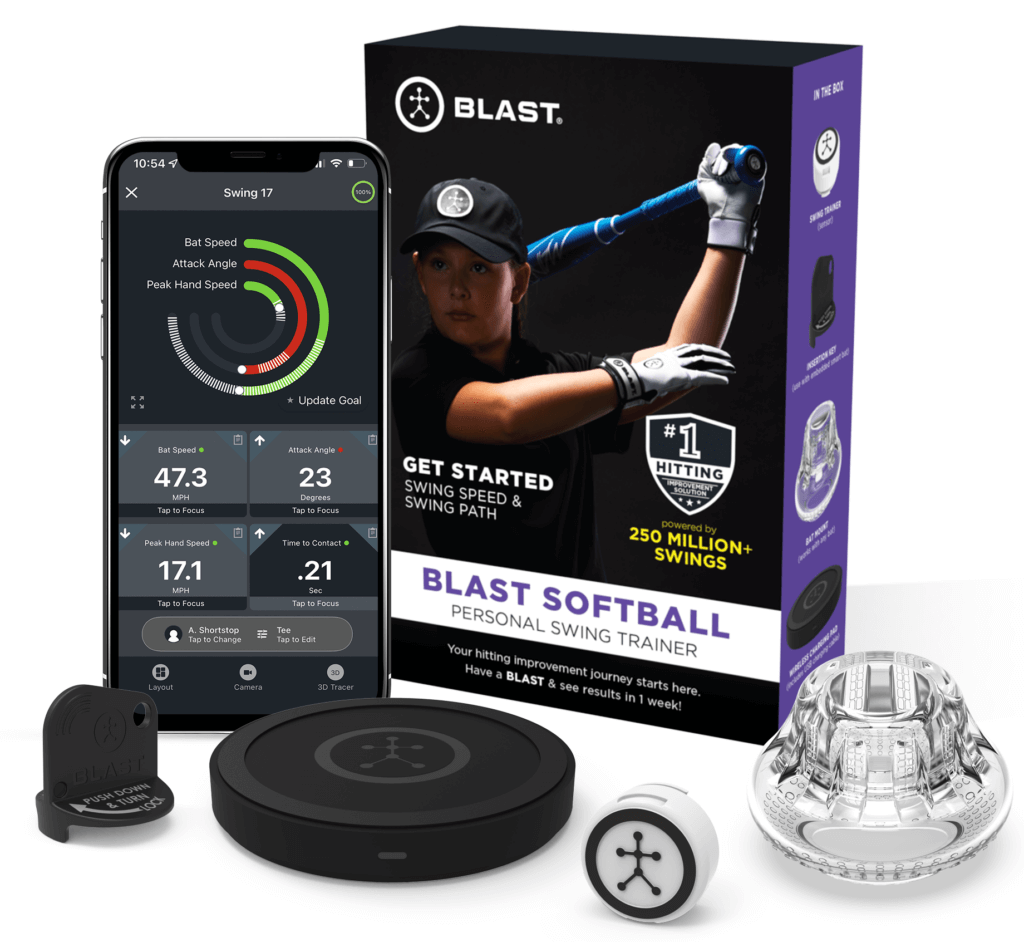 Blast Motion has unveiled a new hitting sensor that it says can improve a player’s swing as quickly as in just one week.

The goal of the new sensor, according to the San Marcos, California-based company, is to help players’ swings “by focusing on swing speed and swing path (to) get better fast by building a better swing in just one week.”

The Blast Softball – Personal Swing Trainer ($99.95) is available for pre-order exclusively on blastmotion.com starting today, with a special pre-order price of $79.95 for the first 5,000 orders.

“By working with the best organizations, coaches and players in the industry, and looking at millions of swings from the pros to youth, we’ve seen the clear benefits of focusing a player’s early hitting development on swing speed and swing path,” said Blast Motion CEO Michael Fitzpatrick.

“The Personal Swing Trainers are all about helping players get started, whether training on their own off a tee or seeing how they perform at-bat, while our existing Swing Analyzers have always been designed to help teams, coaches, and players take their hitting to the next level with advanced player development for every level.”

Blast Softball has introduced a swing trainer package that can be pre-ordered for $79.95 for the first 5,000 orders.

With over 250 million swings analyzed –most in the industry, according to the company – “Blast Baseball and Blast Softball are the #1 Hitting Improvement Solutions, trusted by more pro, college, elite travel ball, academy teams, coaches, and players.”

The goal of the new product, according to a Blast representative, is to turn an ordinary bat into a smart bat, so players can dominate at the plate.

“When the Blast sensor is attached to the knob of any bat, Blast provides real-time feedback for every swing and automatically sends swing information to a smart phone app (iOS and Android compatible) which allows players to understand and improve their hitting.”

Simplicity is key to the new product, its creators believe.

“With the Personal Swing Trainers, we’ve made the training process simple,” said Fitzpatrick, the company’s CEO.

“By focusing on an easy-to-use dashboard that displays real-time swing information, we’re able to show a player what they are doing well and areas for improvement with a simple green, yellow, and red visual indicator. It’s never been easier or more fun for players of all ages to improve their hitting.”