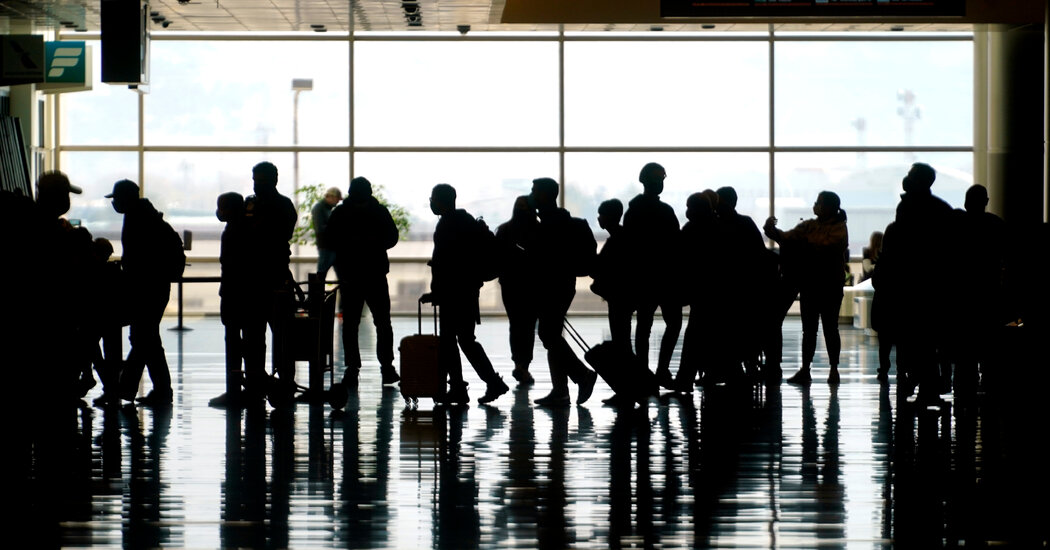 “For over two years, I’ve tried to get off the no-fly list, but the government won’t even give me its reason for putting me on the list or a fair process to clear my name and regain my rights,” Mr. Chebli said in a statement released by the A.C.L.U. “No one should suffer what my family and I have had to suffer.”

The Justice Department had no immediate response to the lawsuit. But it has defended the legality of the government’s terrorism watch lists and its related practices in litigation over the past decade, arguing that the procedures are lawful and reasonable given the national security interests at stake.

Mr. Chebli’s case is a sequel to a major lawsuit by the A.C.L.U. during the Obama administration that challenged government procedures for reviewing whether it was appropriate to put someone’s name on the no-fly list. In 2014, a federal judge in Oregon ruled that those regulations were inadequate and violated Americans’ Fifth Amendment right to due process.

In response, the government promised to overhaul the Traveler Redress Inquiry Program to ensure that Americans would be told if they were on the list and given a meaningful opportunity to challenge the decision. (It also removed seven of the 13 original plaintiffs in that case from the no-fly list. Several remaining plaintiffs pressed on, but that judge, and later the appeals court in San Francisco, upheld the revised procedures as applied to them.)

Citing Mr. Chebli’s inability to obtain information about the government’s evidence about him or to challenge it in a hearing before a neutral decision maker, the new lawsuit said that the revised procedures are both unconstitutional and that they violate statutory law, including a federal law that protects religious liberty, the Religious Freedom Restoration Act of 1993, because he is unable to travel to Mecca for the required Muslim pilgrimage.

“More than two years ago, Mr. Chebli filed an administrative petition for redress, but the government has failed to provide any reason for placing him on the no-fly list or a fair process to challenge that placement,” it said. “As a result, Mr. Chebli has been subjected to unreasonable and lengthy delays and an opaque redress process that has prevented him from clearing his name.”

Beyond the Oregon case, the new lawsuit takes its place among a constellation of related litigation that has tested the limits of the government’s terrorism watch-listing powers and individual rights.

Artist concept of the Orion capsule in lunar orbit. BioExperiment-01 (BioExpt-01) will serve as a pathfinder for biological research beyond LEO, with … END_OF_DOCUMENT_TOKEN_TO_BE_REPLACED

Editorial IndependenceWe want to help you make more informed decisions. Some links on this page — clearly marked — may take you to a partner website … END_OF_DOCUMENT_TOKEN_TO_BE_REPLACED

Investors have remained skeptical as the main indices declined this year. The NASDAQ Composite tumbled close to 20 per cent in 2o22, and the S&P 500 … END_OF_DOCUMENT_TOKEN_TO_BE_REPLACED