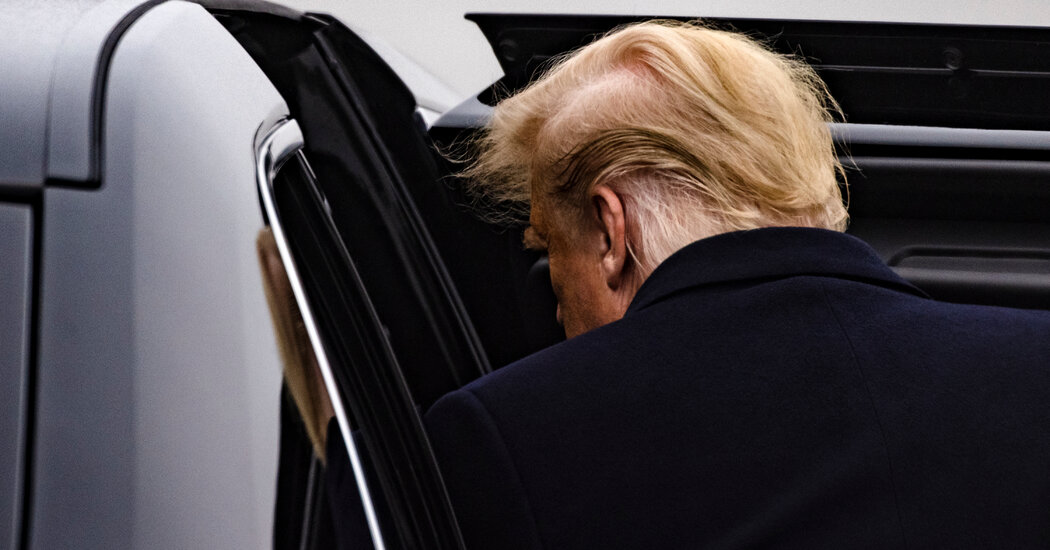 Some of the new revelations and the confirmations of recent news reports were enough to prompt gasps in the room and, perhaps, in living rooms across the country. Told that the crowd on Jan. 6 was chanting “Hang Mike Pence,” the vice president who defied the president’s pressure to single-handedly block the transfer of power, Mr. Trump was quoted responding, “Maybe our supporters have the right idea.” Mike Pence, he added, “deserves it.”

Ms. Cheney, the panel’s vice chairwoman, reported that in the wake of the Jan. 6 attack, members of Mr. Trump’s own cabinet discussed invoking the 25th Amendment to remove the president from office. She disclosed that Representative Scott Perry of Pennsylvania and “multiple other Republican congressmen” involved in trying to overturn the election sought pardons from Mr. Trump in his final days in office.

She played a video clip of Jared Kushner, the president’s son-in-law and senior adviser who absented himself after the election rather than fight the conspiracy theorists egging on Mr. Trump, cavalierly dismissing threats by Pat A. Cipollone, the White House counsel, and other lawyers to resign in protest. “I took it up to just be whining, to be honest with you,” Mr. Kushner testified.

And she noted that while Mr. Pence repeatedly took action to summon help to stop the mob on Jan. 6, the president himself made no such effort. Instead, his White House chief of staff, Mark Meadows, tried to convince Gen. Mark A. Milley, the chairman of the Joint Chiefs of Staff, to pretend that Mr. Trump was actively involved.

The North Idaho Sports Commission would like to thank the City of Coeur d’Alene for supporting a successful IRONMAN 70.3. Highlights included: 539 … END_OF_DOCUMENT_TOKEN_TO_BE_REPLACED

A democracy came under attack. The United States saw a threat to an ally and also to the entire world order, but it feared that sending troops could … END_OF_DOCUMENT_TOKEN_TO_BE_REPLACED