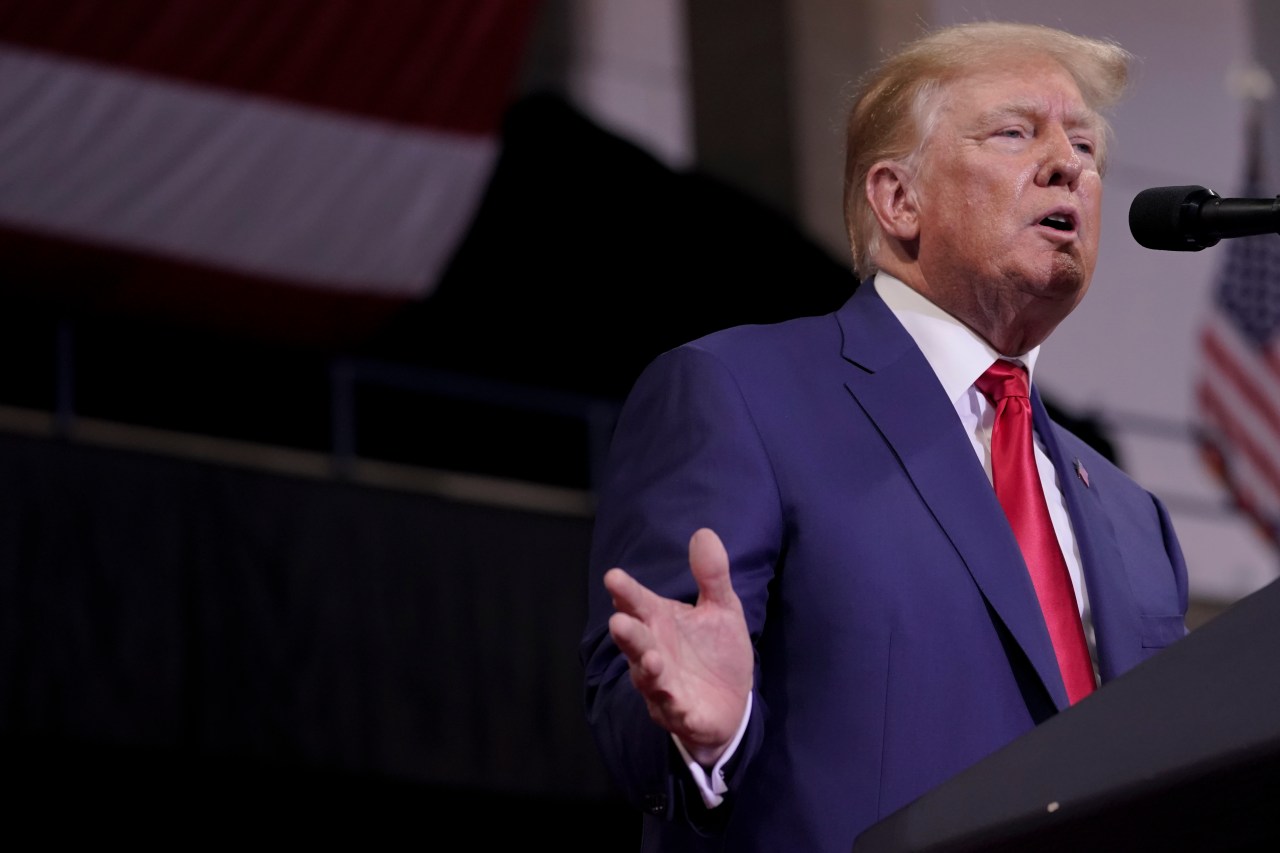 NEW YORK (AP) — A key decision over whether Donald Trump’s social media platform Truth Social will merge with a cash-rich company and get $1.3 billion to take on Twitter has been put off for another month.

The potential partner, Digital World Acquisition Corp., on Thursday postponed a shareholder vote to extend by a year a deadline to close its merger with Trump’s company and release funds to pay its bills. At least 65% of shareholders need to approve the extension, a threshold not reached in tallies earlier in the day.

Shares of Miami-based Digital World, which have been generally falling after small-pocketed investors pushed them over $100 last year, closed Thursday up 1% to $23.35.

If a new deal deadline isn’t approved at a shareholder meeting on Oct. 10, Digital World can still play for time. It can delay the deadline by three months if sponsors backing its company pay nearly $3 million into a trust account, then delay again for another three months for the same payment. The company has said previously it would chose to delay three months if necessary.

If the deal is not closed by the new deadlines, Digital World must liquidate and Truth Social’s parent, Trump Media & Technology Group, will have to find other sources of cash. It could do that by borrowing, finding private investors, or having Trump himself contribute the money, something he has avoided in many of his business ventures but has hinted he might do.

Digital World’s deal with Trump’s company was troubled almost from the start. In November, the Securities and Exchange Commission requested documents from Digital World following news reports that it had talked with Trump representatives about joining forces before selling its own stock to the public for the first time, a possible violation of security rules.

Digital World and Trump’s business have also been subpoenaed in a federal criminal probe. The Financial Industry Regulatory Authority is looking into violations of stock trading rules, too.

The SEC probe in particular is a serious setback for the company because the agency needs to sign off on the Digital World-Trump merger for it to go through. Trump has called the investigations politically motivated “witch hunts.”

A merger would release to Trump Media $290 million held by Digital World and another $1 billion that private investors had committed to the combined company. Until then, Trump’s company is on its own, paying staff, leases and other expenses from $36 million raised from sales of promissory notes last year and earlier this year.

Truth Social was launched as a free speech, “big tent” alternative to Twitter after Trump was banned by the platform following last year’s Jan. 6 Capitol insurrection. Trump rarely posted on the app in the weeks after it was launched in February, but now is regularly sending his version of tweets — called truths — to rally supporters following the FBI seizure of confidential government documents at his Mar-a-Lago club in Florida last month.

In the proposed merger, Trump is hoping to cash in on a recent investing trend involving risky shell companies called special purchase acquisition companies, or SPACs, that have no product or service to sell and are set up solely to merge with a business with one.

Once wildly popular, stocks of many highflying SPACs have plunged in price and many others have been liquidated without completing mergers. SPACs, also called blank-check companies, are allowed a quick path to go public without many disclosures but only if they have not yet had substantial discussion with a possible merger partner, a possible focus of the Digital World investigations.

“The SEC has needlessly delayed its review of our proposed merger, causing real and unnecessary financial harm” to investors, said Trump Media in a statement. “The SEC needs to set aside any improper political considerations and bring its review to a swift conclusion.”