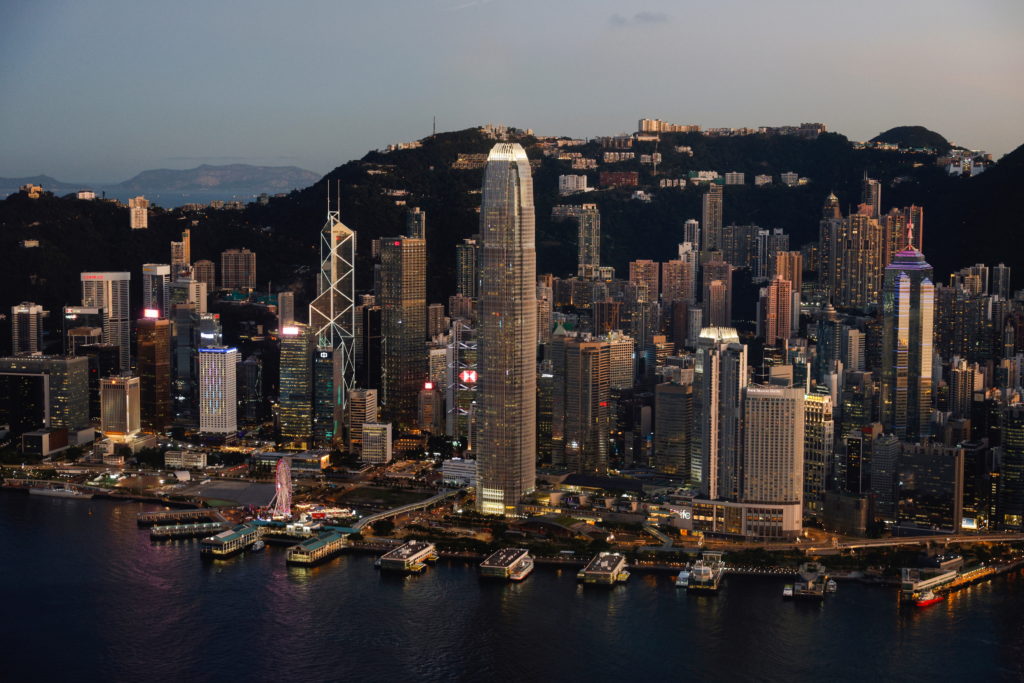 HONG KONG (AP) — U.S. businesses operating in Hong Kong should reassess their operations and decide if the risks of operating there are worth the reward, the president of the American Chamber of Commerce in Hong Kong said in an interview Monday with The Associated Press.

Tara Joseph said companies in Hong Kong are caught in the middle of antagonisms between the U.S. and China. Her remarks followed an advisory issued by the U.S. government on Friday warning businesses about risks in the former British colony.

Relations between the U.S. and China have deteriorated amid a trade war and mounting tensions over Chinese moves to curb political dissent in Hong Kong. The Biden administration cited Hong Kong’s shifting legal landscape and tightening control by the communist ruled government in Beijing as growing risks.

“The business landscape has certainly become more complex than it used to be, we’re definitely in a new normal as far as business goes here,” Joseph said.

“What is concerning overall, not just with this advisory, would be a constant tit-for-tat between U.S. and China when it comes to Hong Kong . . . (which) in many ways is caught right in the middle,” she said.

The U.S. government advisory said operating in Hong Kong could lead to reputational and legal damage and data privacy risks.

WATCH: Analyzing the U.S. business advisory for Hong Kong and how it could affect global finances

Hong Kong authorities slammed it as “unfounded fear-mongering,” accusing the U.S. of hypocrisy and double standards.

Beijing has been walking back freedoms promised for 50 years to Hong Kong when Britain handed the colony over in 1997. The imposition of a sweeping national security law last June has led to the arrests of more than 100 pro-democracy supporters, including Jimmy Lai, whose Apple Daily pro-democracy newspaper was forced to close after authorities arrested at least seven of its staff and froze millions of dollars in assets.

Over the past year, Hong Kong authorities have amended electoral laws, arrested most of the city’s most prominent pro-democracy activists and banned large-scale protests citing public health risks from the pandemic, despite months of few coronavirus infections. Those moves have drawn criticism from the U.S. and other Western governments.

China has hit back, saying Hong Kong matters are part of China’s internal affairs and other governments should not interfere.

The American Chamber of Commerce in Hong Kong represents U.S. business interests in the city. It has doubled down on that commitment, buying a new office to facilitate its work, the organization said last week.

Joseph said the Biden administration’s advisory might influence the perspectives of U.S. companies not already operating in Hong Kong. But the city remains an important hub for doing business with mainland China.

Hong Kong has a separate customs territory and ostensibly an independent judicial system, though the recent trend to designate many issues as falling under the National Security Law has experts worried that the city’s famed “rule of law” is being undermined.

“But any signs of that being unwound or any real changes taking place there could cause a lot of concern,” she said.

Joseph said she hoped Hong Kong would manage to maintain those global standards.

The Wood River Valley real estate market continues to show signs of strength, despite rising interest rates and efforts by the Federal Reserve to slow … END_OF_DOCUMENT_TOKEN_TO_BE_REPLACED