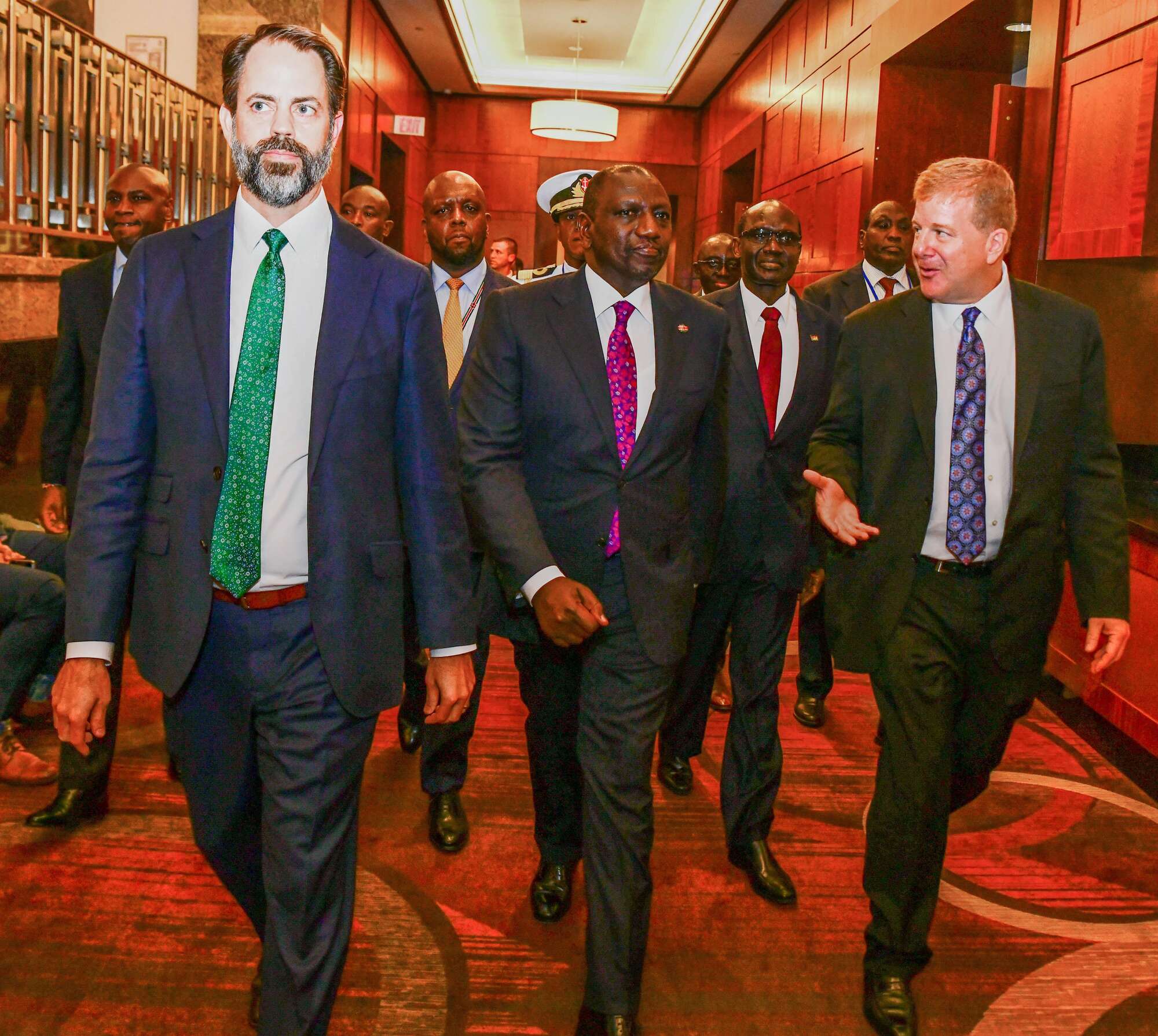 US overtakes Uganda as top buyer of Kenyan goods

The United States has overtaken Uganda as the largest buyer of Kenyan goods, ending Kampala’s dominance as the top market for Kenya’s exports.

Official data show that exports to the US jumped 47 percent to Sh38.8 billion in the first half of the year on the back of increased sales of clothes.

Kampala’s list of imports from Kenya has been narrowing over the years as investors set up factories in the country to manufacture goods previously imported from Nairobi, including edible oils and cement.

America also overtook the Netherlands, which is Europe’s key entry point for Kenya’s flowers, underlining the importance of a new trade deal between Nairobi and Washington.

Kenya has long sought a full free trade agreement with the US, and negotiations for such a deal to lower bilateral tariffs were launched by the Donald Trump administration with the East African country in 2020.

But the Joe Biden administration, which has shunned traditional trade deals, did not resume those talks.

Kenya enjoys substantial duty-free access to the US market through the Africa Growth and Opportunity Act (AGOA), a preferential trade programme for sub-Saharan African countries, but it expires in September 2025.

Kenya exported Sh80.8 billion worth of goods to the US in 2021, of which more than 75 percent entered duty-free under AGOA — chiefly apparel, macadamia nuts, coffee, tea and titanium ores — according to the Congressional Research Service

The US exported Sh66.2 billion worth of goods to Kenya in 2021, with aircraft, plastics, machinery and wheat among the biggest categories.

Wednesday, President William Ruto, while on his first official foreign trip since being sworn in as Kenya’s fifth head of state, pitched for increased commerce between the two nations.

“Kenya is open for increased business with the USA. A conducive and enabling business environment will be a focus area of my administration to spur domestic and foreign direct investments to create jobs and wealth,” President Ruto said at a US-Kenya Executive Business Roundtable in New York.

Kenya is benefiting from a shift in US foreign policy towards Africa as the global economic giant scales up its presence on the continent to counter rising Chinese influence.

China has grown into Kenya’s biggest bilateral lender and source of imports, which grew 9.0 percent to Sh227.9 billion and accounted for 18.2 percent of the total import bill in the six-month period.

Uganda has in the past 10 years been the largest buyer of Kenyan supplies, making it a key economic partner for Nairobi. But that is now changing, with the landlocked country warming up to Tanzania with plans to link up their economies through a crude pipeline and standard gauge railway line while ditching the initially planned Kenyan routes.

Exports to Pakistan, which is primarily tea, rose by 22 percent to Sh31.3 billion, making the third biggest market for Kenyan goods by June this year.

Pakistan was followed by the Netherlands at Sh29.7 billion and the United Kingdom at Sh23.7 billion.

The Biden administration in July launched a fresh strategic trade and investment partnership with Kenya, replacing an agreement ex-President Trump’s government had inked with Nairobi.

The US and Kenyan governments are developing a roadmap for engagement in 10 areas, including agriculture, digital trade, action on climate change, and trade facilitation and customs procedures, the US Trade Representative’s Office said.

The launch follows last year’s statement by the US government that it would review the Trump-era bilateral trade negotiations with Kenya in 2020 over a potential free trade agreement (FTA).

Mr Trump and President Uhuru Kenyatta had in February 2020 announced the intention to start formal trade talks, triggering activities that were expected to culminate in a deal within two years and ahead of the August 9 General Election.

The bilateral talks paused in the wake of the American presidential elections in November 2020.

Mr Biden was sworn in as US President in January 2021, ending the tumultuous four-year presidency of Mr Trump.

A change of guard at the White House raised uncertainty over the FTA deal, with Mr Biden embarking on the reversal of many policies that had been rolled out by the Trump administration.

Kenya is vying to become the manufacturing hub for American companies seeking to relocate or diversify out of Asia.

Editor’s note: One in a series. Leading up to the Nov. 8 general election, the Appeal-Democrat will be running a series of candidate profiles that … END_OF_DOCUMENT_TOKEN_TO_BE_REPLACED

CNN  —  The lesson of January 6, 2021, is that when extremism, conspiracies and incitement reach a boiling point, they seek an … END_OF_DOCUMENT_TOKEN_TO_BE_REPLACED