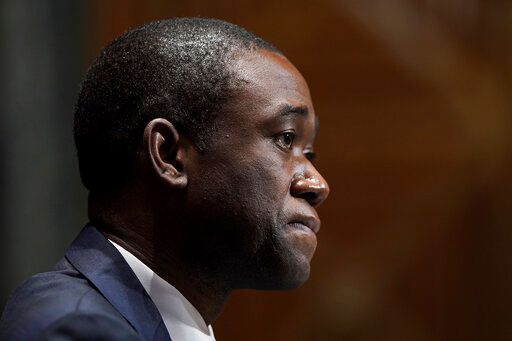 According to the US Treasury, Alain Mukonda helped reorganize Gertler’s businesses and transferred millions of dollars for him after the Israeli tycoon’s oil and mining businesses in DRC were hobbled by earlier sanctions.

Mukonda set up companies for Gertler and moved between $11m and $13.5m into them, the Treasury said, helping Gertler skirt sanctions aimed at blocking him from accessing the global financial system.

“Treasury is committed to supporting the Democratic Republic of the Congo’s anti-corruption efforts by going after those that abuse the political system for economic gain and unfairly profit from the Congolese state,” said Treasury Deputy Secretary Wally Adeyemo.

The announcement came as the White House unveiled its “first-ever US government strategy on countering corruption.”

Ahead of the International Anti-Corruption Day on Thursday, the core aim of the strategy is to tighten regulations on US real estate transactions to prevent them from being used to launder money earned through trafficking, embezzlement, or bribes.

It also aims to increase financial transparency by better identifying who is behind shell or front companies.

“As a fundamental threat to the rule of law, corruption hollows out institutions, corrodes public trust, and fuels popular cynicism toward effective, accountable governance,” the strategy document said.

Columbia University will not participate in the next U.S. News & World Report rankings of colleges across the country, after a Columbia math professor … END_OF_DOCUMENT_TOKEN_TO_BE_REPLACED

It is likely that the Financial Crimes Enforcement Network (FinCEN) will put forth new regulations this year addressing real estate transactions. A … END_OF_DOCUMENT_TOKEN_TO_BE_REPLACED