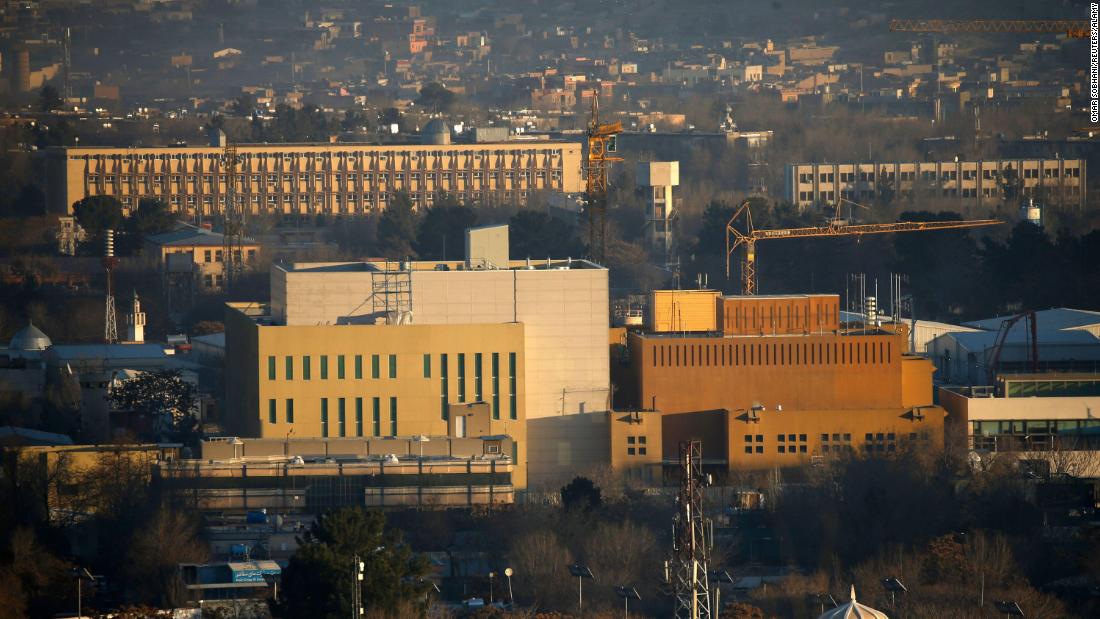 The State Department is constantly revising the emergency plans for US embassies worldwide, but the updates are even more urgent and intense in the case of the embassy in Kabul given the changing US military posture and the increased Taliban offenses in the country, the sources said.

In addition to bolstering the physical embassy security with US marines and contractors on the ground, there are now assets and troops in the region — including at the airport in Kabul and in nearby countries like Qatar — that are ready to assist if there is a need for an evacuation, the sources said.

A senior defense official with knowledge of the planning process told CNN later Saturday that the US military is updating its contingency planning for a number of scenarios to evacuate the embassy, contractors and troops if it comes to that, but the official pushed back against any notion that planning has accelerated per se.

One major factor that has impacted the planning is the departure of all US forces from Bagram Air Base because it means that the State Department can’t rely on those resources in the case of a crisis.

The senior defense official told CNN that the planning had long already accounted for factors such as not being able to use the air base and an uncertain security situation at the Kabul airport. “Now that Bagram is closed it would be foolish to not think about that,” they said.

Contingency evacuation plans change constantly depending on the situation on the ground, the senior defense official said, and as of Saturday afternoon, “intelligence estimates are all over the place” on what the Taliban might do next. Plans are being updated based on the day to day situation.

The US official and the source familiar told CNN that as of Saturday afternoon, there was no current need for an evacuation from the embassy in Kabul, but the plans are detailed and extensive so that they can be quickly implemented if necessary.

If an evacuation is ordered there are still several hundred contractors the US has to get out. And while the current US troop level is around 650, the senior defense official confirmed that CENTCOM Commander Gen. Kenneth McKenzie has the authority to add troops.

The State Department works with the Pentagon to develop the overall security plan and the contingency planning for noncombatant evacuations.

Earlier this week, the Taliban said in a statement that civilian and non-military foreign nationals, diplomats, embassies and workers of humanitarian organizations would not face any problems or security risks from them.

“They may continue their diplomatic work and humanitarian activities per normal routine. As far as it is related to the Islamic Emirate, we have fulfilled our responsibility regarding their safety,” the statement said.

But there are reasons to question that statement, particularly given the fractured nature of the Taliban.

In response to the Taliban statement, the State Department said this week that it continues “to call for an end to ongoing violence, driven largely by the Taliban. A negotiated settlement between the Islamic Republic and the Taliban is the only way to end 40 years of war and bring Afghans the peace they seek.”

“We urge the sides to engage in serious negotiations to determine a political roadmap for Afghanistan’s future that leads to a just and durable settlement,” the department said.

The US remains engaged in dialogue with the Taliban, but those talks have not manifested in any successful peace talks between the Taliban and the Afghan government.

This story has been updated with additional reporting.

Insiders who purchased US$162k worth of Compass, Inc. (NYSE:COMP) shares over the past year recouped some of their losses after price gained 14% last … END_OF_DOCUMENT_TOKEN_TO_BE_REPLACED