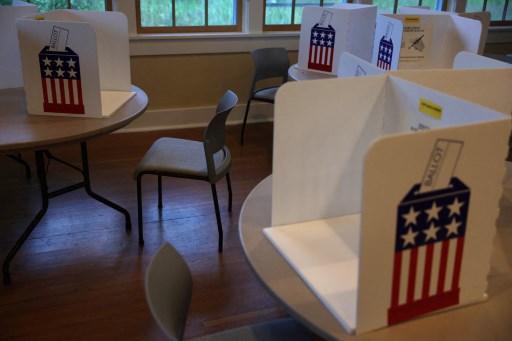 Washington: The voter participation of the United States (US) in elections, be it presidential elections, by-elections or mid-term elections, is very low compared to other member states of the Organization for Economic Co-operation and Development (OECD).

This low US turnout was acknowledged at a joint briefing by Mohamed Younis, editor-in-chief of Gallup, a Washington-based US analytics firm. foreign press center,

“One of the challenges in the United States is that voter turnout is really very low compared to most OECD countries,” he said.

What do you think about this article?

“So a big part of why people in America aren’t very interested in politics is that a lot of people don’t vote in the United States, and that’s always a big question every cycle.”

Mid-term elections will be held in the US on November 8. Yunus said another challenge among part-time voters is that people vote only for their local representatives.

“And those who don’t vote for President of the United States turn out to be far less than in national elections, where presidential candidates are trying to take over the White House.”

Also read: Ahead of midterm elections, American youth do not like mixing politics with religion

He insisted that elections in the United States were managed locally. So, he said, people’s experiences in voting actually vary greatly, not just from state to state, but from region to region.

Yunus said mid-term elections were held in the US on Tuesday, which is still a working day. According to him, this is one of the factors for the lack of voters because Uncle Sam has many jobs in the country whose salary is hourly.

According to him, not all types of jobs in America offer the luxury of taking time off. However, this is not a new factor. The second factor is the American public’s lack of trust in national institutions and the media.

“Therefore the perception of public politics and elections and many government institutions now comes from one institution, the media, which has lost the trust of the people,” Younis said.

“So the story of America failing, American democracy in crisis, stems from that dynamic. It comes from a dynamic where people are going to be — a lot of people have lost faith in national politics and politicians.”

“Only, the average citizen in America is fed up and wants to see change,” he concluded.

Editor’s note: One in a series. Leading up to the Nov. 8 general election, the Appeal-Democrat will be running a series of candidate profiles that … END_OF_DOCUMENT_TOKEN_TO_BE_REPLACED

CNN  —  The lesson of January 6, 2021, is that when extremism, conspiracies and incitement reach a boiling point, they seek an … END_OF_DOCUMENT_TOKEN_TO_BE_REPLACED