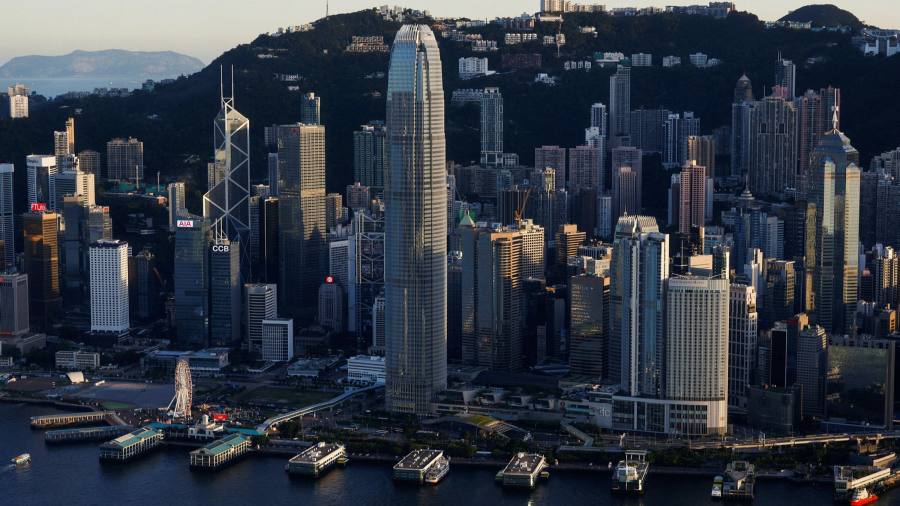 The Biden administration on Friday warned US companies that they faced serious and escalating risks operating in Hong Kong, as the Chinese government increasingly cracks down on freedoms in the financial hub.

The US issued a “business advisory” about threats ranging from China’s ability to gain access to data stored on servers in Hong Kong to a new Chinese law that allows sanctions to be imposed on anyone who helps foreign nations enforce sanctions against Chinese companies and officials.

The advisory warned that the recently passed counter-sanctions law “does not explicitly distinguish between mainland China, Hong Kong and Macau”, suggesting that US companies in Hong Kong faced heightened risks.

It also expressed concern about the national security law that Beijing imposed on Hong Kong last year to target political dissent, pointing out that one American citizen had been arrested under the law.

“This new legal landscape . . . could adversely affect businesses and individuals operating in Hong Kong,” the advisory said. “They should be aware of potential reputational, regulatory, financial, and in certain cases legal risks associated with their Hong Kong operations.”

The moves, which were first reported by the Financial Times, are the latest effort to push back against China over its increasingly draconian steps against the pro-democracy movement in the former British colony.

It is the first time a US administration has issued a business advisory in relation to Hong Kong.

“In the face of Beijing’s decisions over the past year that have stifled the democratic aspirations of people in Hong Kong, we are taking action,” said Antony Blinken, US secretary of state. “Today we send a clear message that the US resolutely stands with Hong Kongers.”

The Hong Kong government slammed the advisory, saying it was a “malicious” attempt to damage the city’s reputation as a business hub based on ideological, “ridiculous and unfounded fear-mongering”.

Kurt Tong, a China expert at the Asia Group who was US consul-general in Hong Kong until 2019, said the move was a “mixture of denunciatory political rhetoric aimed at China” and consular advice to businesses.

“Non-Chinese firms in Hong Kong will make their own decisions, after balancing the city’s unique business opportunities with their best estimates of the increased legal and operational and reputational risks,” he said. “For now, it appears that most foreign investors see the benefits of Hong Kong as outweighing the risks.”

Tong said the top worry for many foreign firms in Hong Kong centred on whether the judiciary would remain independent.

Sino-US relations have continued to spiral downwards following the first top-level meeting between the Biden administration and China in Alaska, which erupted into an acrimonious public spat.

Beijing has since snubbed the US by refusing to grant Wendy Sherman, US deputy secretary of state, a meeting with her counterpart during a proposed meeting in Tianjin at the end of July. China instead offered a meeting with the fifth-ranking foreign ministry official, which was rejected by the Biden administration. US officials stress that a meeting may still happen if China reverses course and offers an appropriate counterpart.

But the combination of the business warning and sanctions will probably complicate talks. China reacted angrily in March when the US sanctioned Chinese officials just before the Alaska meeting, the first and only top-level talks between the nations since Biden took office.

Biden has taken a much tougher line on China than most experts had expected. He has rebuked China for its aggressive military activity near Taiwan, the erosion of freedoms in Hong Kong, its coercive economic behaviour, and alleged genocide of Uyghurs in Xinjiang.

The deterioration in relations has concerned the business community, which had hoped Biden would strike a less hawkish tone. The prospect of the advisory had not been well received by US business in Hong Kong, with concerns that it could foster a backlash against American companies operating in the city.

The American Chamber of Commerce in Hong Kong said in response to the advisory that it was “well aware” of the geopolitical risks.

“Hong Kong remains a critical and vibrant facilitator of trade and financial flow between the East and West,” the chamber said. “It has an internationally recognised system of commercial law, it has a more open and sophisticated digital infrastructure than many of its Asian peers.”

Insiders who purchased US$162k worth of Compass, Inc. (NYSE:COMP) shares over the past year recouped some of their losses after price gained 14% last … END_OF_DOCUMENT_TOKEN_TO_BE_REPLACED