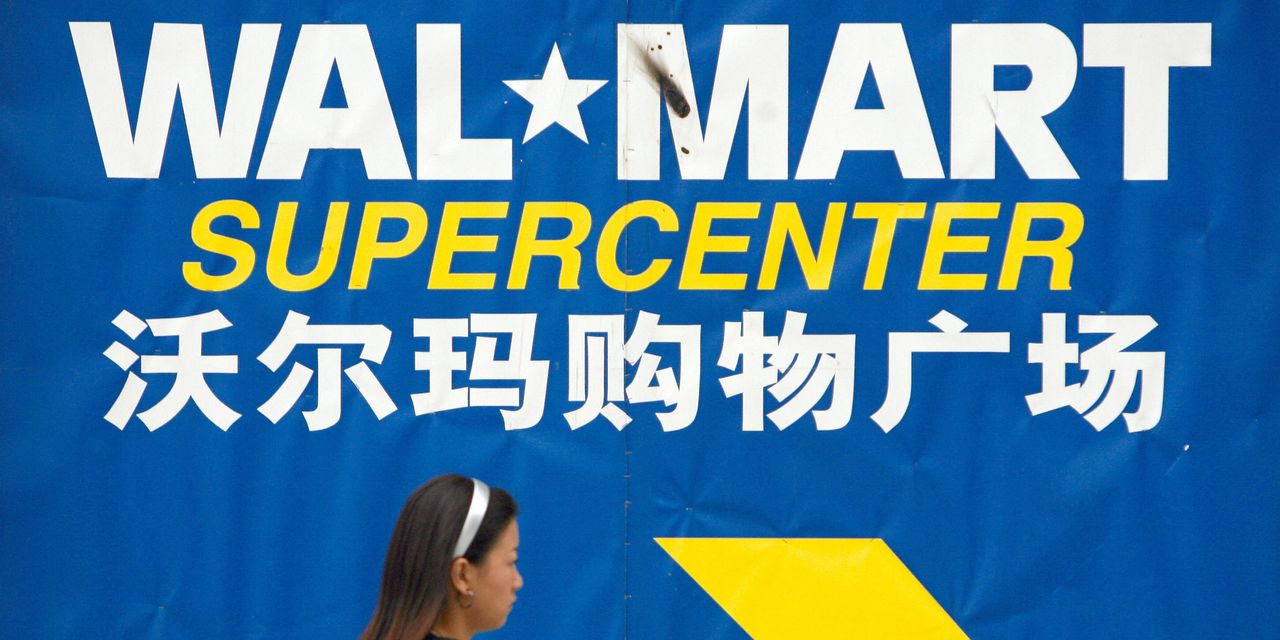 America’s largest companies are already facing a backlash from the passage of a new U.S. law that severely restricts imports from the Xinjiang region in China, where the U.S. government and human rights advocates say businesses use forced labor to produce essential building blocks of the modern global economy, like cotton-based fabrics and silicon.

Walmart Inc.
WMT,
+1.04%,
the world’s largest retailer, is the latest in a series of U.S. firms that have been criticized on Chinese social media amid pressure under the new law to rid its shelves of products that have been made with parts from the Muslim-majority region, according to a Monday report in the Wall Street Journal.

A user of Weibo accused the company of “eating China’s rice, yet slapping our face,” and others said they would cancel their Sam’s Club membership, according to the report. China’s Communist Youth League urged the public to engage in further Walmart boycotts, while a state newspaper ran a story Friday on public anger over the company removing Xinxiang-sourced goods from its Chinese website.

President Joe Biden on Thursday signed into law the Uyghur Forced Labor Protection Act, which requires companies to prove that supplies sourced from the Xinxiang region are not produced with forced labor. The Biden administration has previously said that the Chinese government is engaged in genocide and other crimes against humanity against the Uyghur ethnic group, a predominantly Muslim population in the Northwestern portion of the country.

Industry groups and trade associations have expressed concerns that the law will put companies in a difficult position, given the importance that the region plays in supply chains for apparel, electronics, and solar panels which are a critical product for the administration’s goal of reducing carbon emissions.

The law will “shift the burden to companies to show that there’s not a use of forced labor in a region’s [products] and I think it’s going to have a huge impact on importers,” John Cotton Richmond, former ambassador-at-large for anti-trafficking at the State Department told Politico. ““If all of [U.S.] business withdraws from Xinjiang, Uyghurs that are currently being exploited there are going to be driven into poverty … there’s going to be a potential humanitarian crisis.”

U.S. companies, including Coca-Cola, Nike and Apple all lobbied Congress and the administration to craft the new rules in a way that would reduce the burdens on their supply chains, according to the New York Times, though all three say they support the bills objective of eliminating forced labor.

Intel Corp.
INTC,
-0.43%
issued a Chinese-language statement on Thursday on its official WeChat and Weibo accounts after it sent a letter to suppliers directing them to avoid sourcing products from Xinjiang. “We would like to clarify that the paragraphs in the letter regarding Xinjiang are intended to be a statement of compliance and legality only, and are not meant to express its intent or position,” the statement said.

Many U.S. companies are attempting a balancing act between following U.S. law, maintaining orderly supply chains, and not running afoul of public opinion in China. The New York Times reported that administration officials were worried before the passage of the law that forcing companies to source outside of Xinjiang — which produces upwards of one-fifth of the world’s cotton and is a major producer of other critical components — could fuel inflation at a time when U.S. consumer prices are rising at the fastest pace in nearly 40-year highs.

Ana Hinojosa, former executive director of U.S. Customs and Border Protection, told the Times that agencies responsible for climate change policy had expressed concern about the market for polysilicon, a critical component for solar panels, 45% of which is produced in Xinjiang.

“The need to improve our clean energy is real and important,” she said. “But [it’s] not something that the government or the U.S. should do on the backs of people who are working under conditions of modern-day slavery,”

The North Idaho Sports Commission would like to thank the City of Coeur d’Alene for supporting a successful IRONMAN 70.3. Highlights included: 539 … END_OF_DOCUMENT_TOKEN_TO_BE_REPLACED

A democracy came under attack. The United States saw a threat to an ally and also to the entire world order, but it feared that sending troops could … END_OF_DOCUMENT_TOKEN_TO_BE_REPLACED