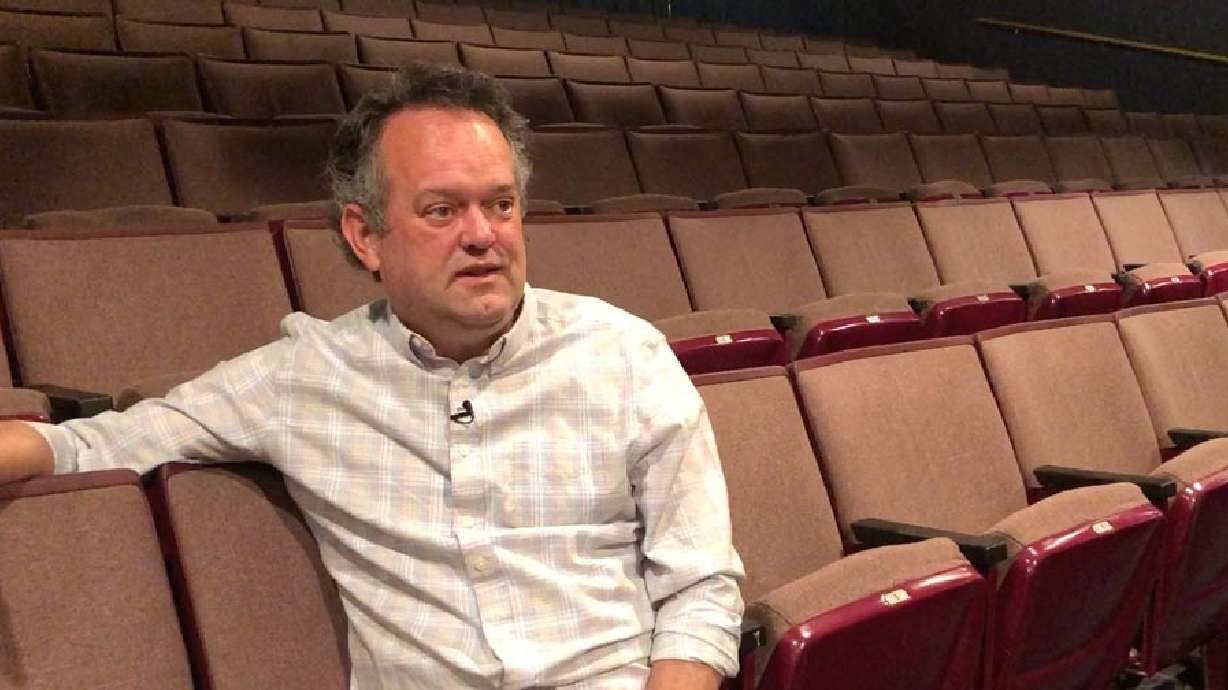 Though people are still purchasing tickets at the Playmill, owner Roger Merrill says seats aren’t selling out as quickly as in previous years. The reopening of Yellowstone National Park last month after a nine-day closure due to record flooding was a welcome relief for business owners in the area. (Rett Nelson, EastIdahoNews.com)

WEST YELLOWSTONE, Montana – The reopening of Yellowstone National Park last month after a nine-day closure due to record flooding was a welcome relief for business owners in the area.

Many of them bank on the influx of people during the summer tourist season for their livelihood and a long-term closure would have significantly hurt the region’s economy.

Media coverage of the flood and the damage it left behind dominated headlines and network news channels, but significantly less attention was given to the parks’ reopening.

More than 90% of the park has reopened, as of Friday, and the alternating license plate system for visitors was suspended on July 2, according to the National Park Service. The north and northeast entrances of the park, near Cooke City and Gardiner, Montana, remain closed, but Tower Junction to Slough Creek on the north side will be accessible with a day-use ticket beginning Monday.

Still, park officials are reporting significant reductions in traffic this year, which raises concerns as the park commemorates its 150th anniversary. This is a stark contrast from 2021 and 2020, which were banner years for the park due to a record number of visitors.

“People that have been into the park say it’s not crowded,” Roger Merrill, who owns the Playmill Theatre, in West Yellowstone, tells East Idaho News. “Traffic was backed up on Main Street and U.S. Highway 20 every day last summer with people waiting to get in. We haven’t had that at all this summer.”

A downside to smaller crowds

Though West Yellowstone and Island Park were not directly impacted by the flood, both communities have felt the ripple effects and many businesses are experiencing a decrease in the number of customers as a result.

After a really strong start to the season in May, Merrill noticed a “substantial dip” in theater attendance at the end of June and early July. Numbers are starting to pick up again, but it’s still not on par with the typical trend in previous years.

The Playmill’s seating capacity is around 250 and Merrill says tickets this year are being purchased up until the start of the show.

“We’ve noticed that people aren’t planning as far ahead as usual. Most years, we’ll sell out up to two or three weeks in advance. That’s not happening as early as it (usually) does. People are doing more spur-of-the-moment trips,” Merrill says.

Despite the dip in numbers, Merrill says he’s faring a lot better than many other businesses in the area. 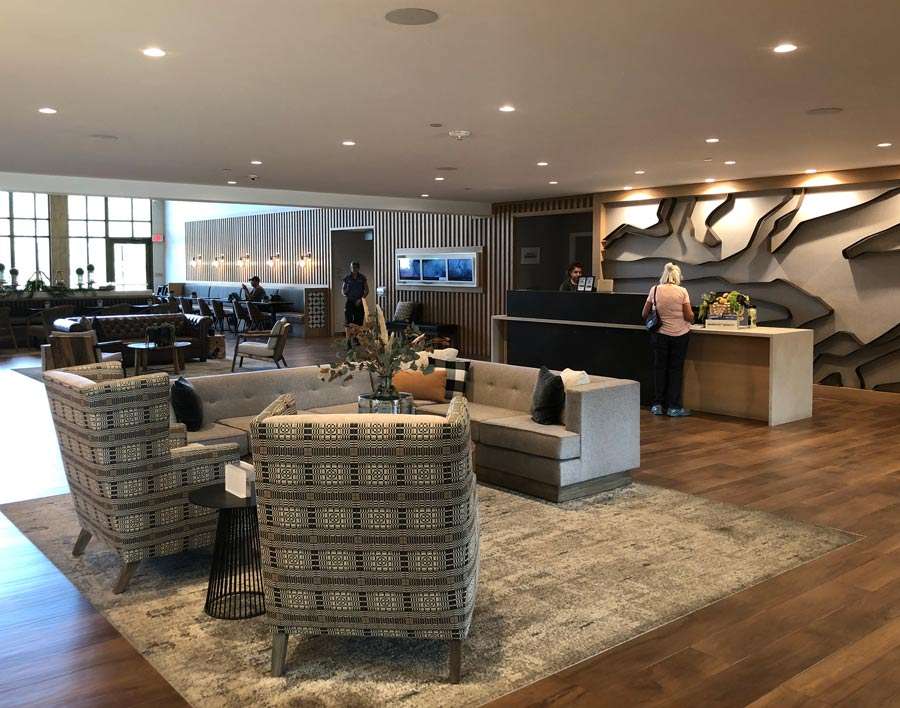 The Marriott SpringHill Suites Hotel in Island Park has lost about $300,000 this summer due to mass cancellations following the Yellowstone flood closure, according to general manager Robin Beard.

“In June, we immediately dropped to 50-60% occupancy, when we’re generally sold out,” Beard says. “We instantly had to drop our rates, and that cost us money.”

Many people at that time checked into the Marriott to wait out the closure and quickly discovered there was lots to do in Island Park, too.

“We had a lot of people extend their stay at that point because they didn’t realize how much they could do here, and so it’s worked itself out,” she says.

Beard says the rate decrease has led to a partial recovery. The hotel is nearly at full capacity seven weeks after the flood as a result of the lower prices, but it’s still a financial setback.

Sawtelle Mountain Resort, less than a mile down the road from the Marriott, is experiencing a similar trend. General Manager Richard Turpin has seen a year-over-year increase in revenue since he joined the company in 2018. But this summer, the occupancy rate is around 50 to 60%, at a time when they’re typically bursting at the seams with guests.

More at play than flooding

Yellowstone flooding is not totally to blame for the downturn in business. Turpin believes several other factors, like inflation and rising gas prices, along with a shift in attitude for post-pandemic travelers, are also playing a role.

“People have specifically called to say they can’t afford to travel this year,” Turpin says. “We had banner years during COVID because people couldn’t travel to other places. They were traveling domestically and were hitting all the national parks. We can’t really compare (this year) to the last two years (because of that), but if we compare it to pre-pandemic levels, we’re way down.”

Like Beard, Turpin has been forced to drop his rates to create an incentive for people to come. He’s seeing a slight increase in the number of reservations for August and September, but overall, he’s not expecting 2022 to be anywhere near the amount of business they had in 2019.

Both Beard and Merrill concur, saying the lack of international tourists has been noticeable.

“We’re used to seeing a lot of Chinese, Japanese and European groups come through and that hasn’t recovered yet. As soon as it does, it’s going to be a very busy park again,” Beard says. 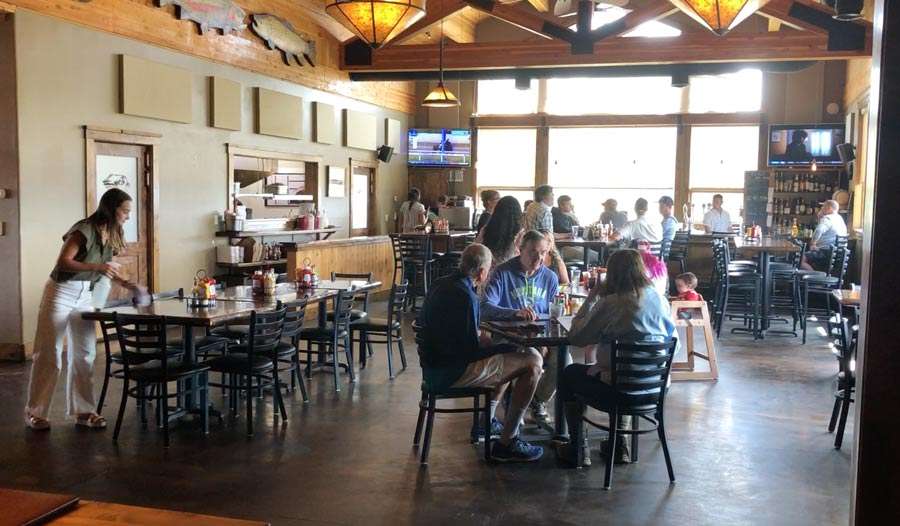 Farther south, at Trouthunter Bar and Grill, on the bank of the Henrys Fork, a tributary of the Snake River, business seems relatively unaffected.

Jon Stiehl, a managing partner at the restaurant, says the week of the flood was one of their busiest ever and the month of June was strong as well. He cites fishing as the main reason for that.

“In June, Henrys Fork is the place to be. A lot of other rivers aren’t open to fishing yet, so we get (people from all over the world come here to fish). As July and August come around, there are a lot more options and so anglers spread out,” Stiehl says.

While Beard is not anticipating a major turnaround in the amount of patronage this year, she doesn’t believe any long-term damage will be felt. 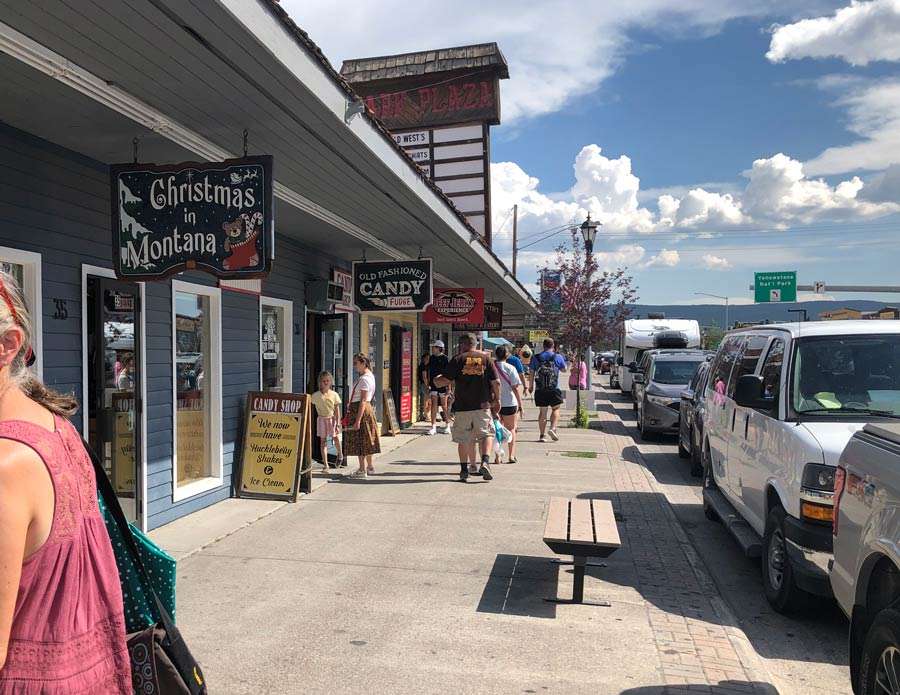 “I think we’ll recover next year fully, but I think we’re going to feel the sting for the rest of the summer,” Beard says.

As Yellowstone recovery efforts get underway, park officials have a lot of cleaning up to do. Federal managers told the Associated Press in June that cleanup efforts could take years and it could cost upwards of $1 billion to rebuild.

Merrill is grateful Yellowstone Park reopened as quickly as it did. His heart goes out to the communities on the north end of the park that experienced substantial damage, including many who lost their homes.

Most people on the south end made it through unscathed, for which he’s grateful.

Despite the decrease in revenue for business owners, there is a bright spot for consumers. Merrill says the reduction in visitors makes it an ideal time to visit the Playmill, Yellowstone and the surrounding area.

“People report going into Old Faithful, Mammoth Hot Springs or the canyon areas that it’s just not crowded … so it’s a great time to take a day trip at the peak of the season,” Merrill says. “Frankly, I don’t think we’ve had as strong of a (cast at the Playmill) as we have this year. The shows are terrific and the feedback has been positive.”

Artist concept of the Orion capsule in lunar orbit. BioExperiment-01 (BioExpt-01) will serve as a pathfinder for biological research beyond LEO, with … END_OF_DOCUMENT_TOKEN_TO_BE_REPLACED

Editorial IndependenceWe want to help you make more informed decisions. Some links on this page — clearly marked — may take you to a partner website … END_OF_DOCUMENT_TOKEN_TO_BE_REPLACED

Investors have remained skeptical as the main indices declined this year. The NASDAQ Composite tumbled close to 20 per cent in 2o22, and the S&P 500 … END_OF_DOCUMENT_TOKEN_TO_BE_REPLACED