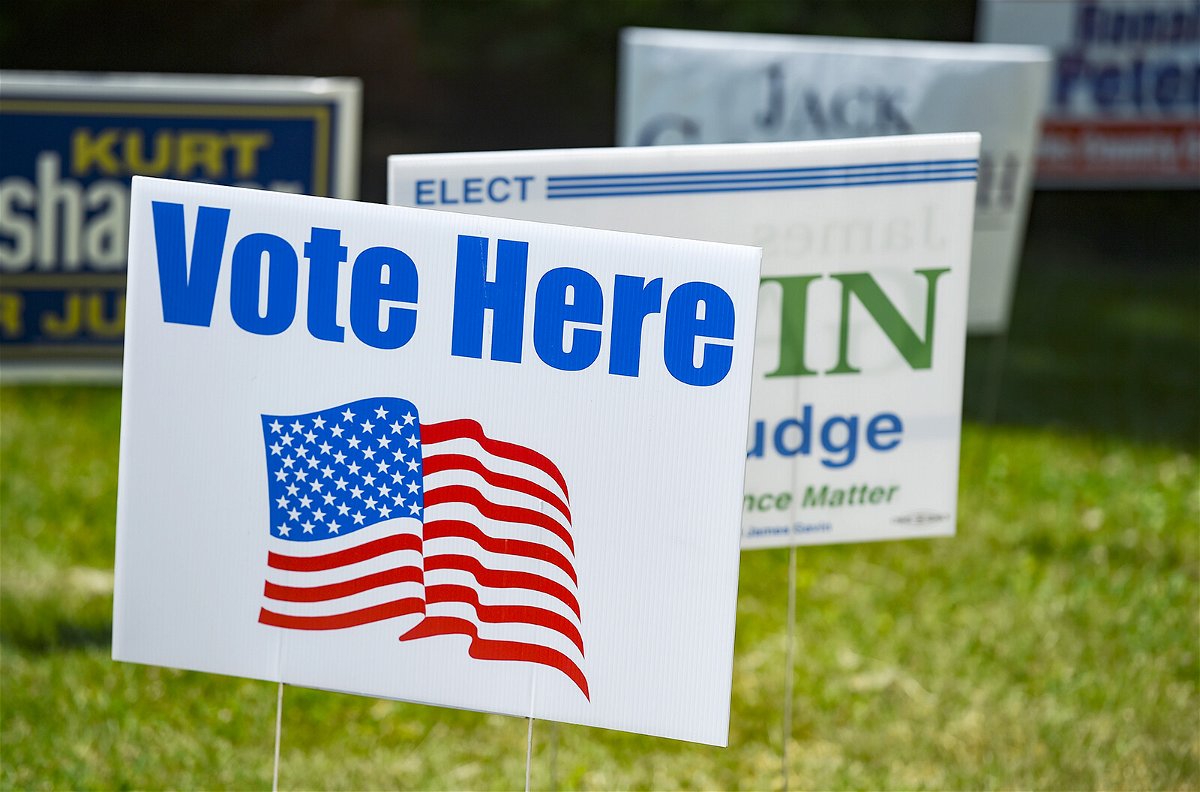 Deployed to Iraq in 2003, US Marine Corps field radio operator Joanna Sweatt took cover in tight-spaced bunkers for hours at a time — a tour of service laden with the stresses of being in a war zone that led to a blood clotting disease.

Now, more than a decade after she was first diagnosed with deep vein thrombosis and medically discharged from the Marine Corps, the 43-year-old credits Arizona’s vote-by-mail system with granting her access to the ballot box last November.

“Standing in long lines is not practical for me,” she said.

The “For the People Act,” a piece of legislation at the center of the federal voting rights fight on Capitol Hill, aims to counter GOP-controlled states from advancing voting restrictions by making it easier for any eligible voter to vote by mail, among other provisions.

Nearly 62% of disabled voters cast a ballot in the November 2020 election, according to a report this month from the Center for American Progress, which noted that many faced difficulties voting during the pandemic, but “disabled voters faced particularly significant challenges.”

According to a June 2020 report on US veterans from the US Census Bureau, more than 4 million veterans, or about a quarter of all veterans, reported a disability — such as difficulty with vision, hearing, mobility, cognitive functioning, independent living and self-care — in 2018 as a result of their military service.

Disabled veterans “rely on mail-in voting, early voting and countless other pro-voter measures that make our democracy accessible and successful, regardless of our disabilities,” Common Defense, which backs the legislation, told CNN in a statement.

And while those measures “were more broadly available during the 2020 election than ever before,” the group said, federal legislation is needed to protect against restrictive voting laws being pushed at the state levels.

What the bill would do

The “For the People Act” would guarantee people with disabilities the right to vote by absentee ballot and use absentee registration procedures in federal elections. It would also make ballot drop boxes accessible for voters with disabilities and require polling places to have a “sufficient number” of voting systems equipped to serve people with or without disabilities.

Under the bill, states would have to set up processes so that they can send voters with disabilities voter registration and absentee ballot applications either by mail or electronically.

States would also need to establish an office responsible for providing people with disabilities information about registering to vote and absentee ballot procedures, and at least one means of electronic communication for disabled voters to request these applications.

The legislation would also expand and reauthorize a grant program that aims to make polling places and voting from home more accessible to the disabled community. The bill would provide states with funds for pilot programs in which people with disabilities could use the internet or another electronic means to register to vote and request absentee ballots.

And vote-by-mail systems are at times not accessible for people who are blind or have low vision or dexterity disabilities.

In some cases, veterans with disabilities may have difficulty reading and marking ballots with a pen or marker. In others, veterans with post-traumatic stress disorder could find themselves faced with triggering crowds and loud noises, Heather Ansley, the associate executive director of government relations for the Paralyzed Veterans of America, told CNN.

Veterans with a traumatic brain injury may find it hard to navigate the process and veterans with such non-apparent disabilities may not think to ask for help, and a poll worker may not recognize them as someone who needs assistance.

Though parts of the 800-plus page legislation pertaining to voters with disabilities have drawn large support among the community, many national advocacy groups caution against a provision that would make paper ballots mandatory.

In January, 20 disability organizations urged lawmakers to exempt people with disabilities from the paper ballot mandate.

As part of that mandate, the bill would require that paper ballots done through a ballot marking device be “clearly readable” by the voter or a device equipped for voters with disabilities.

But checking a paper ballot after voting electronically, Hudson told CNN, can present its own challenge.

The disability organizations, Hudson said, have had discussions with congressional staff since December about the mandate and have worked with lawmakers to add research and development for accessible voting systems to the Senate and House versions of the bill.

Maria Town, the president of the American Association of People with Disabilities, stressed that disability advocates also want secure elections.

CNN has reached out to the bill’s main sponsors for comment.

The “For the People Act” has stalled in the US Senate, having been shot down by the chamber’s Republicans in a key test vote last month, after having passed the Democratic-controlled House.

Sen. Joe Manchin, a moderate Democrat from West Virginia, has for weeks been at the center of the conversation on voting rights because of his opposition to eliminating the filibuster — a move that would allow Democrats to pass legislation without GOP support.

Manchin has said next steps include putting together a pared-down bill that focuses solely on protecting the right to vote and the procedure of voting. It was not immediately clear if a pared-down version would include specific protections for voters with disabilities. CNN has reached out to Manchin’s office for comment.

Senate Veterans’ Affairs Chair Jon Tester, a Montana Democrat, “is committed to crafting compromise voting rights legislation that will ensure every person who is legally able to vote has access to the ballot box,” Olya Voytovich, a spokesperson for the committee said.

Whatever avenue allows for equitable voting, Ansley said, “is the one that we hope will eventually make it across the finish line.”

CORRECTION: A previous version of this story mistakenly referred to Common Defense’s PAC. It’s their advocacy organization that is backing the For the People Act.

Insiders who purchased US$162k worth of Compass, Inc. (NYSE:COMP) shares over the past year recouped some of their losses after price gained 14% last … END_OF_DOCUMENT_TOKEN_TO_BE_REPLACED