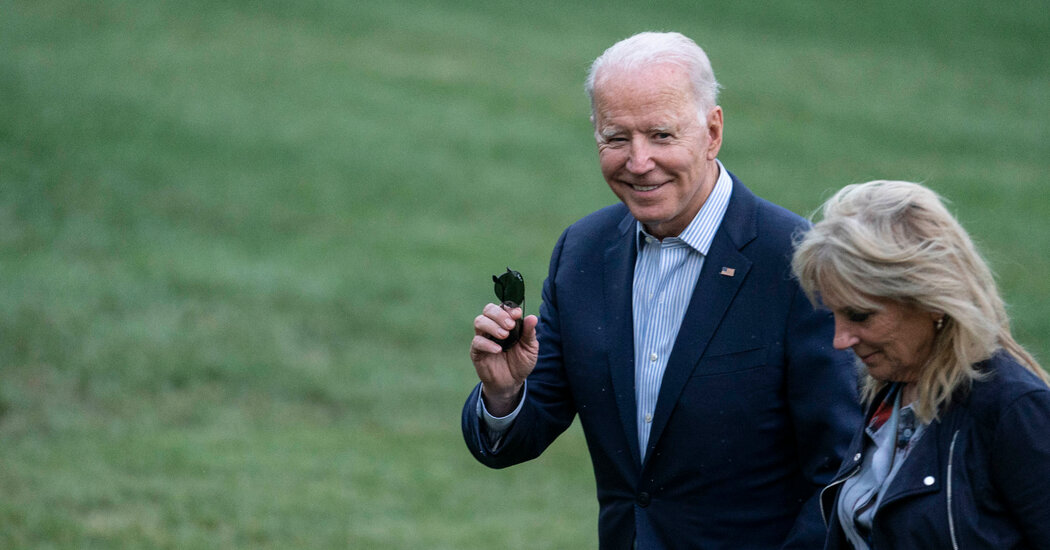 Liberals and conservatives are about equally likely to say transportation or energy infrastructure is an important issue, according to Pew Research and Monmouth polls from January, unlike climate, health care and taxes. Most Republican opposition to Mr. Biden’s plan stems from the new taxes necessary to defray the costs or the possibility that spending will lead to inflation.

There’s still time for voters to sour on Mr. Biden’s initiatives, just as public opinion gradually turned against the Affordable Care Act in 2009. And conservatives may, at any time, escalate their attacks on Mr. Biden’s spending, whether before the passage of the Democratic reconciliation bill or ahead of the midterm elections.

But if Mr. Biden manages to enact an ambitious agenda without incurring great political costs, he might find himself in an unusual and enviable position heading into next year’s midterm agenda — without a controversial policy anvil dragging him down. That would give Democrats a rare chance to capitalize on what could be an increasingly favorable national political environment.

In recent weeks, Mr. Biden argued that “the last time the economy grew at this rate was in 1984 and Ronald Reagan was telling us ‘it’s morning in America.’ Well, it’s getting close to afternoon here, the sun is coming out.”

Voters don’t quite agree, yet. Just 35 percent of Americans said they were satisfied with the way things are going in the United States in a Gallup poll conducted in June, still well below the 45 percent who said they were satisfied just before the pandemic struck in February 2020. That might change if the economy continues to improve and Mr. Biden’s agenda remains broadly popular.

Even an economic resurgence, though, might not be enough to lift Democrats to a midterm victory. Over the nearly 40 years since “Morning in America,” the relationship between economic growth and presidential approval ratings has gradually weakened. Mr. Trump remained unpopular, for instance, whether the economy was strong or weak. Mr. Obama never became too unpopular, even though the economy at times was quite bad.

The growing disconnect between attitudes about the president and the strength of the economy partly reflects an increasingly polarized country, with fewer voters who might ever be persuaded to say they approve of the other party’s president or disapprove of their own. But it may also reflect more polarizing presidents, who cater to their base and pursue ideological legislative agendas, like revamping the health care system. If so, a less polarizing legislative agenda may give Mr. Biden a better chance of riding strong economic growth to a stronger midterm performance.

Apple Inc. has scaled back ambitious self-driving plans for its future electric vehicle and postponed the car’s target launch date by about a year to … END_OF_DOCUMENT_TOKEN_TO_BE_REPLACED