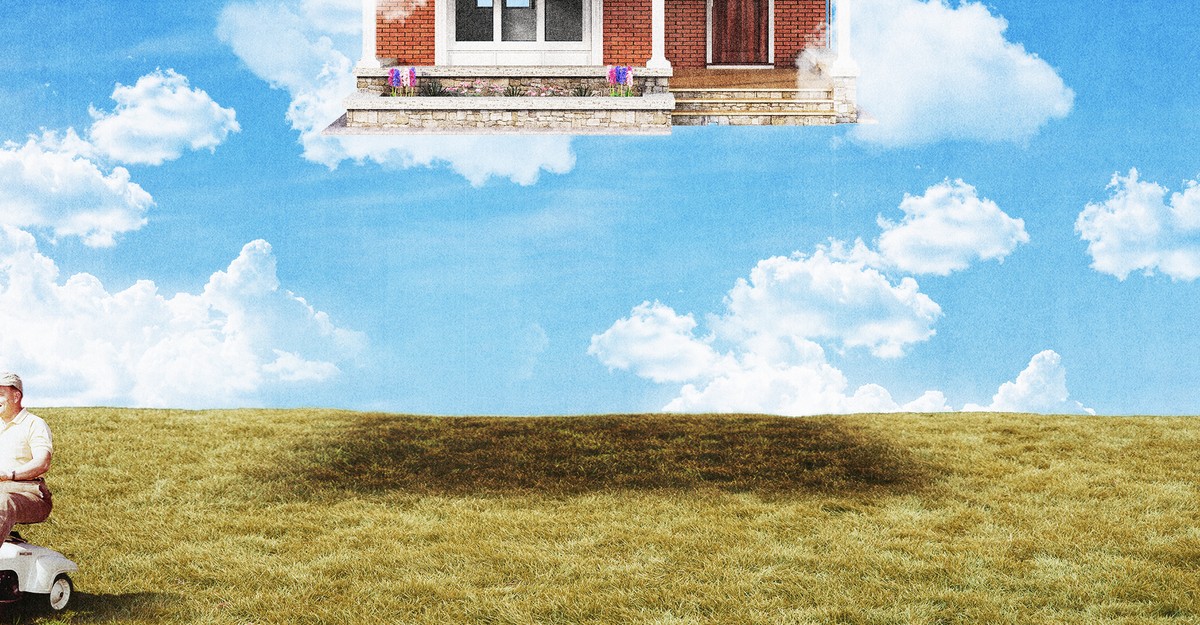 A new riddle in our everything-is-weird economy: Homebuilders say that the U.S. is in a “housing recession.” But rents are at an all-time high—and official rent inflation is still surging.

If you’re a new renter thinking you’ve never seen anything like 2022 in your lifetime, you’re not alone. In Manhattan, the average monthly rent jumped to a record $5,000. In Miami and Tampa, the typical rent is up nearly 50 percent since before the pandemic, and nationwide, the median monthly rent just topped $2,000 for the first time ever.

“Our annual index of rent growth was pretty stable in the last few years, from about 3 percent to 4 percent,” Jeff Tucker, a senior economist at the online real-estate marketplace Zillow, told me. “This year, it hit a record-high 17 percent. So the time series of rent growth looks like a flat line followed by the beginning of a huge roller coaster.”

The rental market is just one roller coaster inside the unamusement park that is the U.S. real-estate landscape. Since the pandemic began, housing prices nationwide have lurched to all-time highs, as Americans fanned out in search of more space. In the so-called Smile States—the sunny crescent swinging down from the Carolinas, into Texas, and up through the Mountain West—no one is smiling: Rents have blown up in many of the same metropolitan areas where housing costs have risen, such as Charlotte, North Carolina; Atlanta; Austin, Texas; and Salt Lake City.

Two mysteries are at work here. The first is how the U.S. rental market went so berserk. The second is how rental inflation works—and why we’re likely to see official rent inflation continue to rise many months after private markets, such as Zillow, suggest that the worst of it is over.

Let’s start with the underlying enigma: What happened to the U.S. rental market?

The answer is largely a story of supply and demand—thanks to “household formation.” Last year, Americans who had previously bunked up with friends or family during the pandemic suddenly sprung to get their own place. Singletons got especially antsy. Single-person households accounted for more than 80 percent of the new household units that formed since 2020, according to Rob Warnock, an analyst for the online marketplace Apartment List. Young singles led the way: The number of Gen Z adults living alone nearly doubled from January 2020 to early 2022. When they got their own places, they led a surge of household formation that put unprecedented strain on the rental market.

Young families also streamed into the housing market in 2021 and early 2022, armed with extra cash from government stimulus and enough savings for a reasonable down payment. But when the cost of buying a home went stratospheric in 2021, many households were priced out of ownership, so they looked to the rental market instead.

James Surowiecki: How did they get inflation so wrong?

As the number of new households—including the young and the old, singles and couples—surged faster than the inventory of available housing, rental vacancies plummeted to a record low. The result: Rental costs went wild. “Lower vacancies naturally lead to higher rents, because landlords know tenants are having trouble finding their next place to rent,” Tucker said. “When every seat in the game of musical chairs is taken, landlords don’t feel much competitive pressure to lower rents.”

Another factor to consider in the superheated housing market is that many Americans’ attitudes toward space changed during the pandemic. Not only singles wanted space away from roommates; knowledge workers wanted an extra bedroom for Zoom meetings. Near-record-low vacancies for rental units during a period when America’s population is growing slower than ever might seem a strange phenomenon, but when a slow-growing population demands a lot more space per person, that puts pressure on housing markets.

Zillow will tell you that the inflation rate for listed rents probably peaked earlier this year and is now declining. (When inflation peaks, that means prices are still going up but at a slower rate.) But if you consult the federal government, you’ll find that the Consumer Price Index for rent is still accelerating higher. In July, the CPI’s annual rent inflation notched its highest mark since 1986.

Why, then, does Zillow say that rent inflation is coming down if the government says it’s going up?

To solve this conundrum, the best place to start is to understand that rents are different from almost any other price. When the price of oil or grain goes up, everybody pays more for that good, at the same time. But when listed rents for available apartments rise, only new renters pay those prices. At any given time, the majority of tenants surveyed by the government are paying rent at a price locked in earlier.

Derek Thompson: Is this a recession? Wrong question.

So when listed rents rise or fall, those changes can take months before they’re reflected in the national data. How long, exactly? “My gut feeling is that it takes six to eight months to work through the system,” Michael Simonsen, the founder of the housing research firm Altos, told me. That means we can predict two things for the next six months: first, that official measures of rent inflation are going to keep setting 21st-century records for several more months, and second, that rent CPI is likely to peak sometime this winter or early next year.

This creates a strange but important challenge for monetary policy. The Federal Reserve is supposed to be responding to real-time data in order to determine whether to keep raising interest rates to rein in demand. But a big part of rising core inflation in the next few months will be rental inflation, which is probably past its peak. The more the Fed raises rates, the more it discourages residential construction—which not only reduces overall growth but also takes new homes off the market. In the long run, scaled-back construction means fewer houses—which means higher rents for everybody.

To sum up: This is all quite confusing! The annual inflation rate for new rental listings has almost certainly peaked. But the official CPI rent-inflation rate is almost certainly going to keep going up for another quarter or more. This means that, several months from now, if you turn on the news or go online, somebody somewhere will be yelling that rental inflation is out of control. But this exclamation might be equivalent to that of a 17th-century citizen going crazy about something that happened six months earlier—the news simply took that long to cross land and sea.

In an economy where everything is weird, few things are stranger than rent inflation.