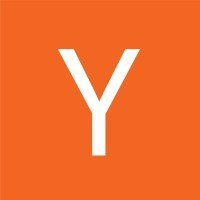 San Francisco-based start-up accelerator Y Combinator has appointed Garry Tan as its next president and CEO, replacing Geoff Ralston, who will step down from the role at the end of the year.

Tan previously joined Y Combinator as a partner back in 2010, serving in the role for five years before leaving to focus on Initialized Capital, a venture capital fund that he co-founded.

A computer engineering graduate from Stanford University, Tan started his career working at companies such as Microsoft and Palantir Technologies, following which he co-founded the blogging platform Posterous in 2008, which was later acquired by Twitter.

“My goal has been to cement YC as an institution that will endure for decades – not only through organisational changes but by leading a team that has scaled the community we bring together, the products and capital we provide to start-ups, and the software we build,” outgoing president and CEO Geoff Ralston says.

“Garry, the visionary hacker, designer, and builder who has described how YC is ‘engraved on his heart’ believes in this future and is precisely the right person to take over as YC’s chief executive,” he adds.

Tan will commence his new role from January next year.